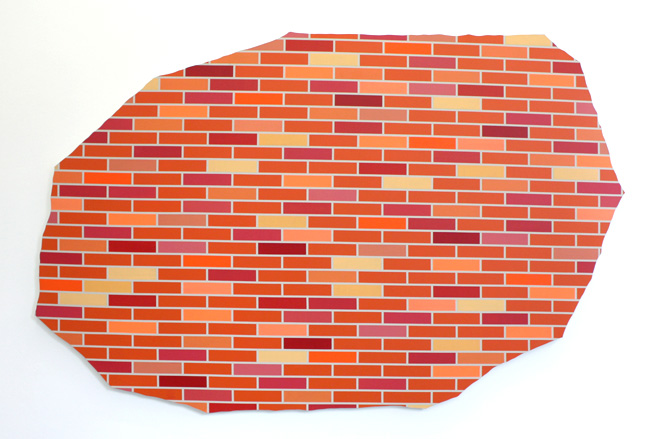 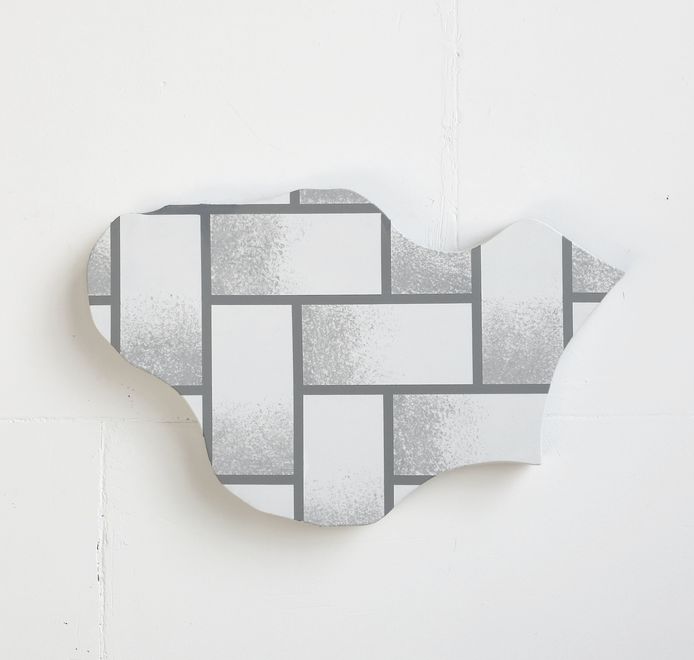 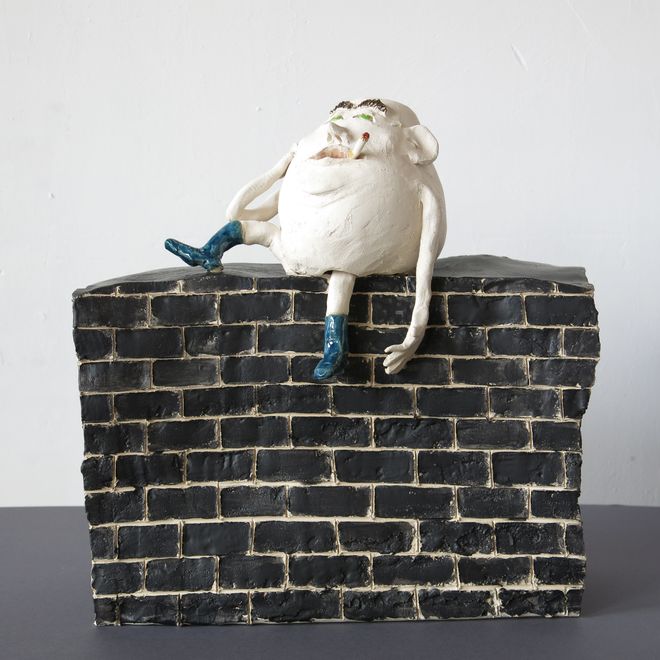 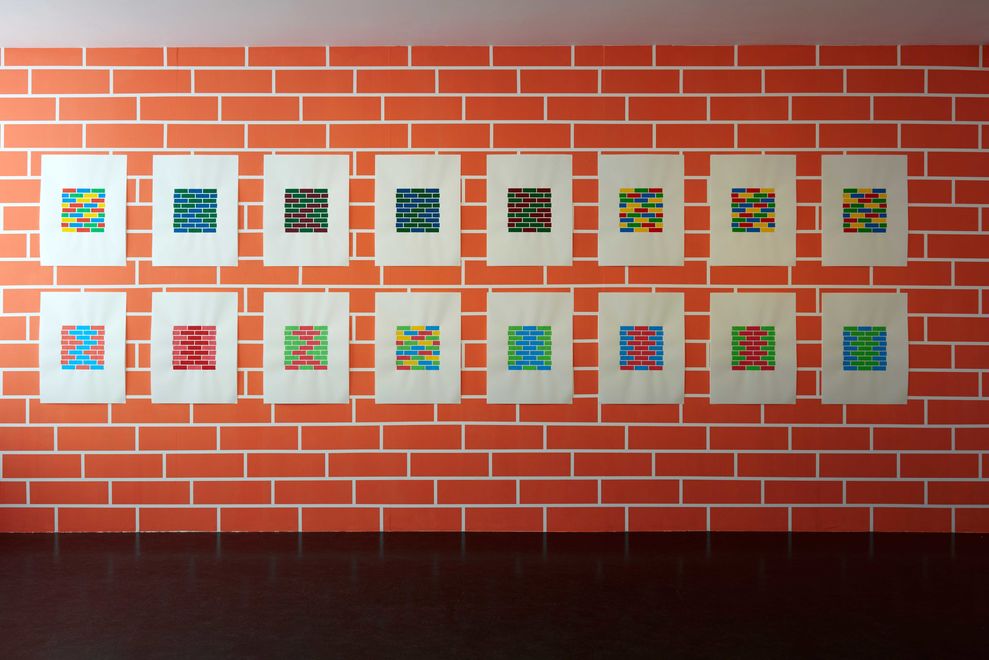 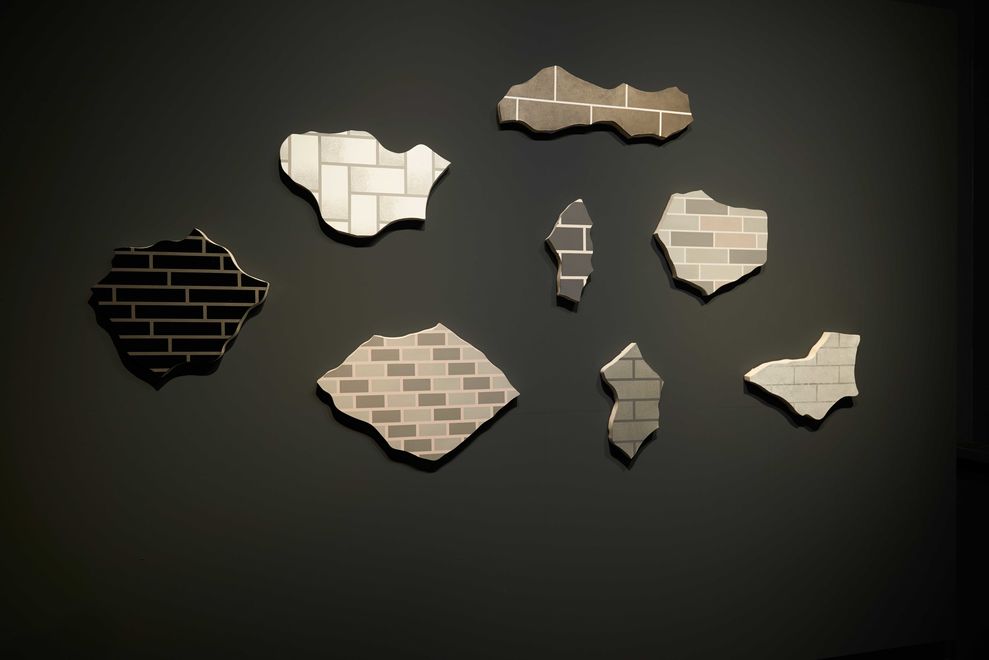 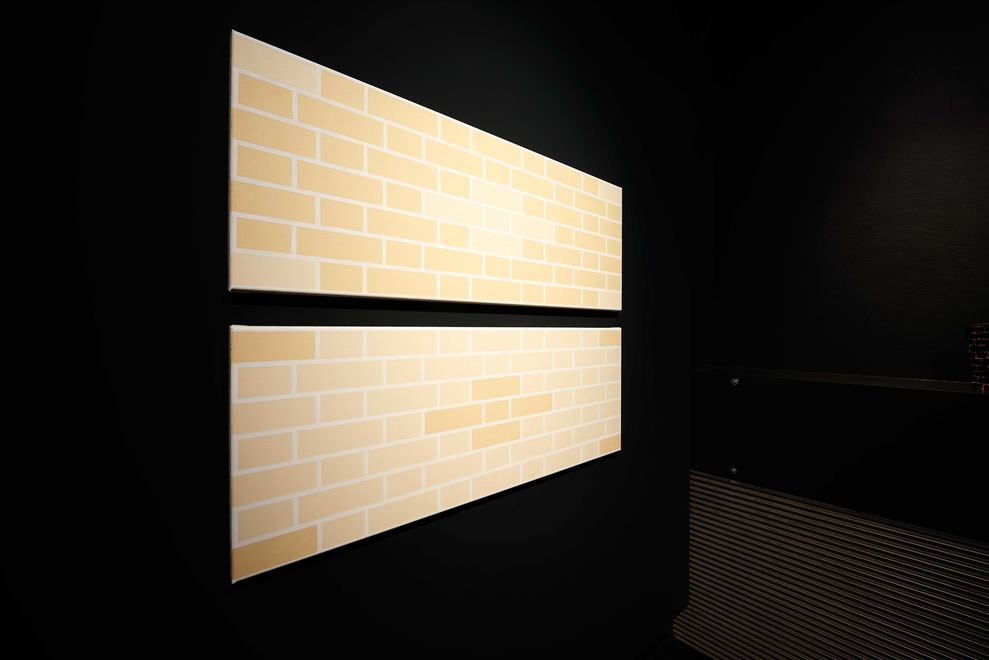 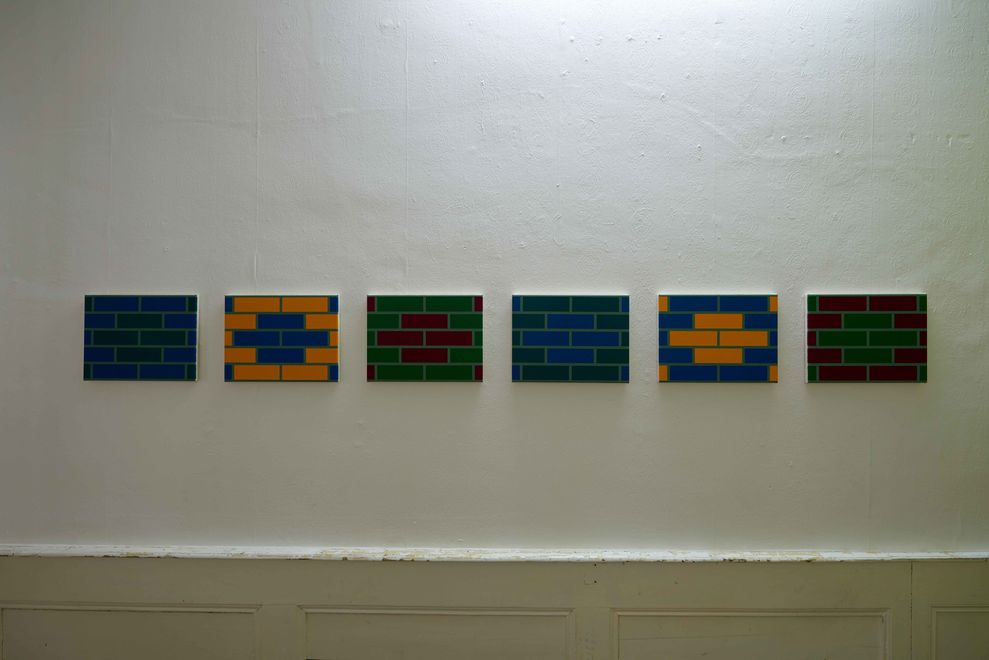 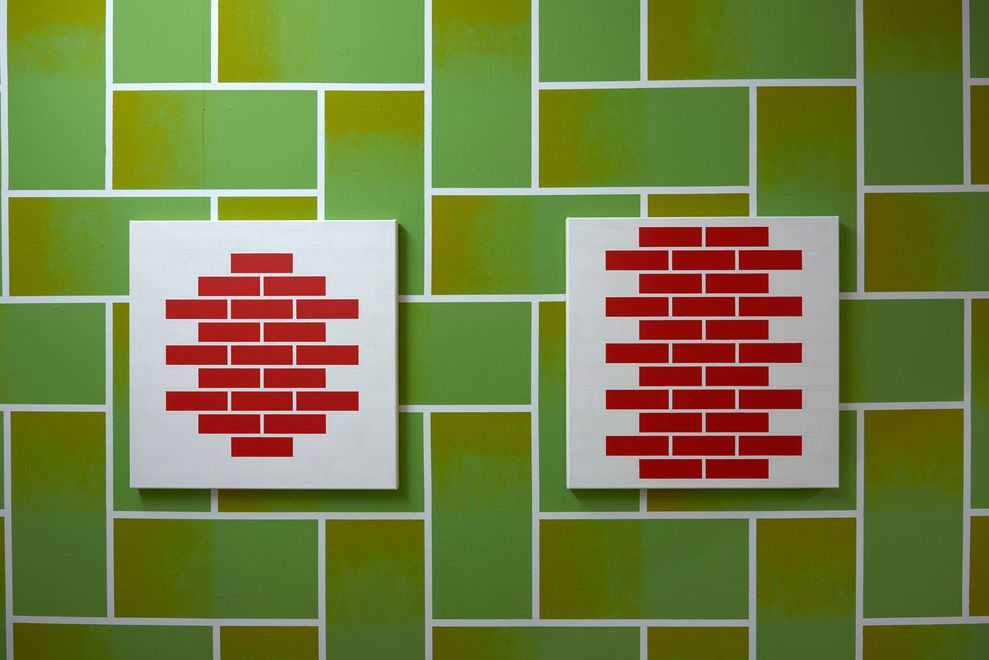 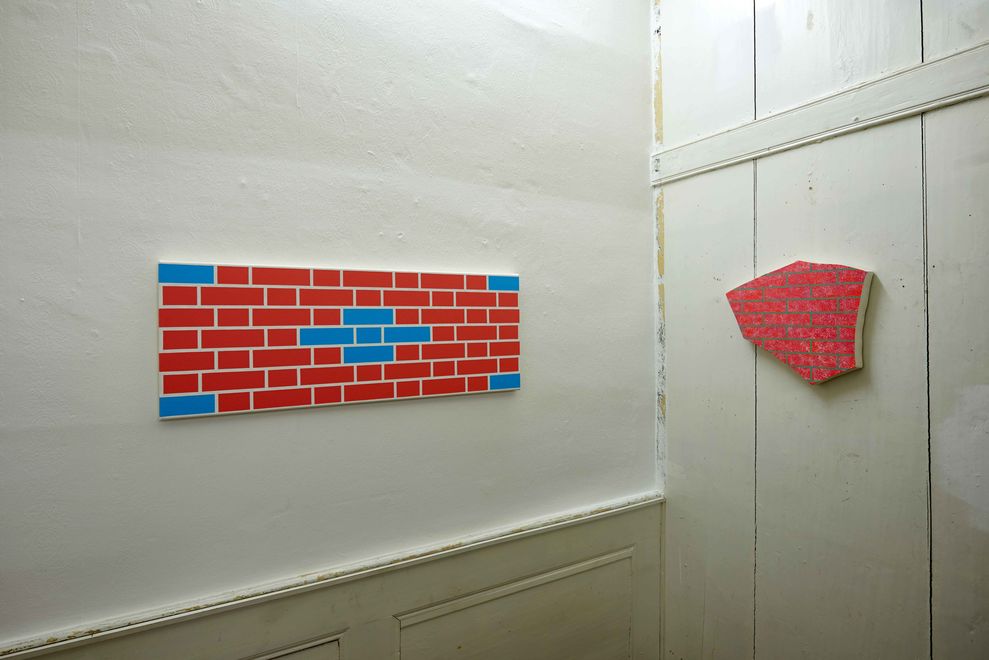 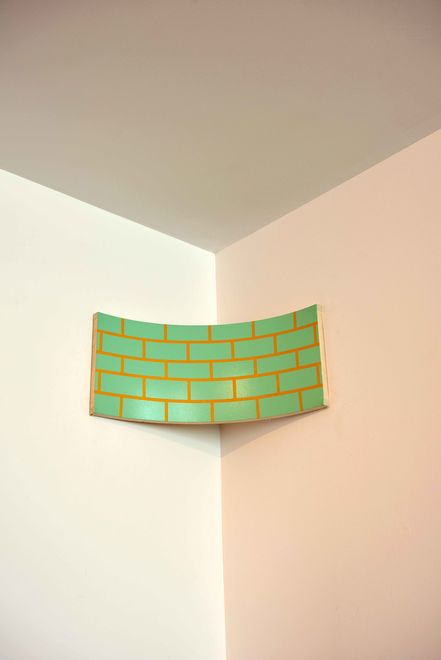 Jean-Luc Manz and Guillaume Pilet have both repeatedly worked with bricks as patterns and motifs of their paintings and installations. Bricks are one of the most recognizable geometric patterns in the world. We encounter them in many different contexts; from classical painting to sitcoms, from the theatre to the pizzeria. As such, bricks are deeply inscribed in our imaginary. Their combination of vertical and horizontal lines can never be read purely as an abstract pattern. Instead we situate it as a functional (architectural, structural) part of our environment with many associations.

The doubling of paintings on canvas and wallpainting in the gallery particularly explores the tautological dimension of representing a wall meant to be hung on a wall. Here there is a strong connection to two themes explored in the discourse on modernist painting: mimesis and repetition. The process of repetition creates potentially infinite variation through small differences in colour or arrangement. Both artists are interested in the relationship between figuration and abstraction, invention and mimesis. The brick paintings shown here represent a figurative practice using the grammar of abstraction, in the spirit of – in the words of the artists – “a very playful pictorial program”.

As guest artists at DuflonRacz, the two Lausanne-based artists have an opportunity to exhibit together for the first time and continue their visual investigations into bricks and tiles by engaging with the gallery spaces.

Jean-Luc Manz (*1952) lives and works in Lausanne. As an autodidactic artist, he soon began to explore geometric painting before finding recognition within the Geneva art scene and beyond. Several solo exhibitions of his work have been shown at renowned institutions in Switzerland, including at Musée Jenisch, Vevey, Museé Cantonal des Beaux Arts Lausanne,  Graphischen Sammlung der ETH, Fri-Art Fribourg, Centre Pasqu’art Biel and Kunsthalle Winterthur. He belongs among the most respected Swiss painters of his generation.

Guillaume Pilet (*1984) lives and works in Lausanne, where he completed his MA at ECAL (Ecole cantonale d'art de Lausanne) in 20120. His work has received attention in many group and solo shows in institutions and off spaces over the past few years, such as recently at Kunsthalle Sao Paolo, Brasil (2014), Kunsthaus Glarus (2014), SALTS, Basel, La Rada, Locarno (2012),  and Centre Culturel Suisse, Paris (2008). He has won several awards such as the Kiefer Hablitzel Award (2013), the Swiss Art Award (2010 and 2009) and the Prix Mobilière Young Art (2008). Pilet is also involved in curatorial and art critical projects such as the exhibition space Forde in Geneva (2010-12) and the magazine CRITICISM (since 2009, with Tiphanie Blanc and Vincent Normand).