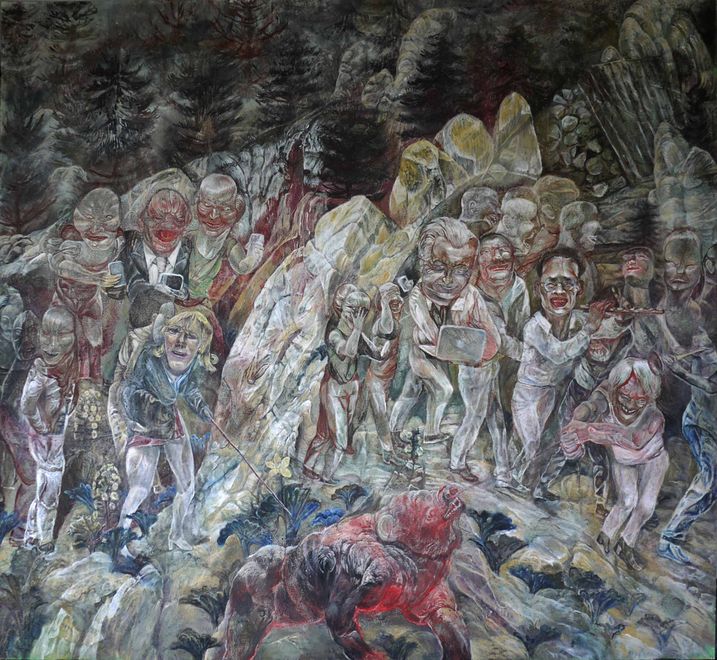 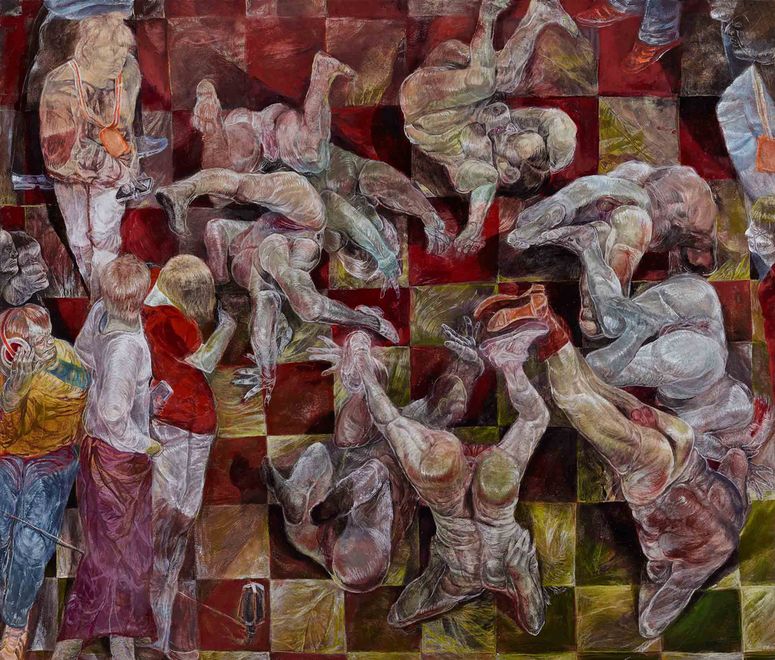 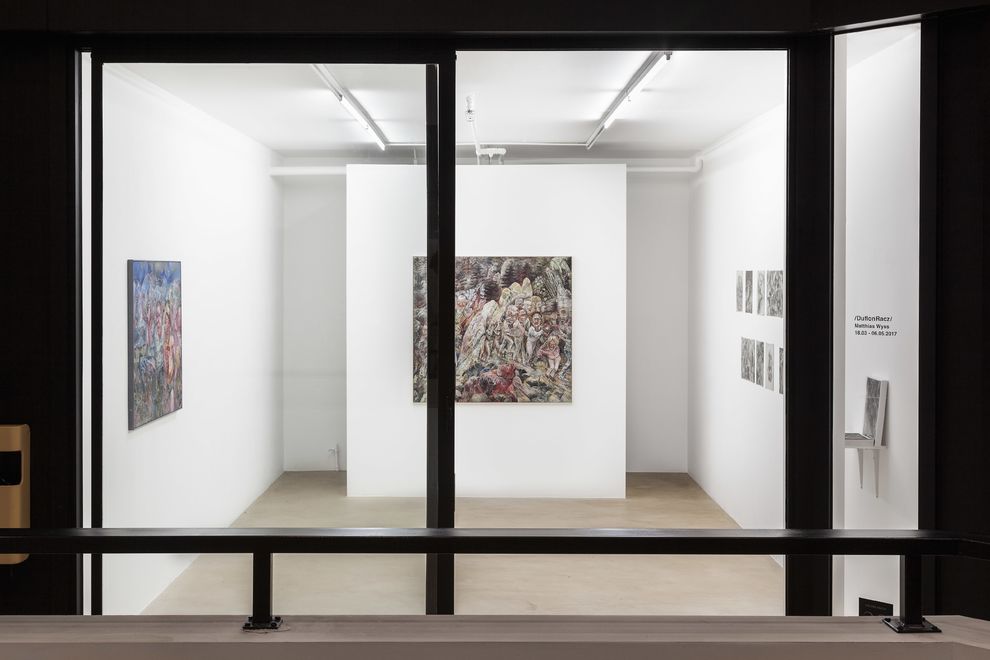 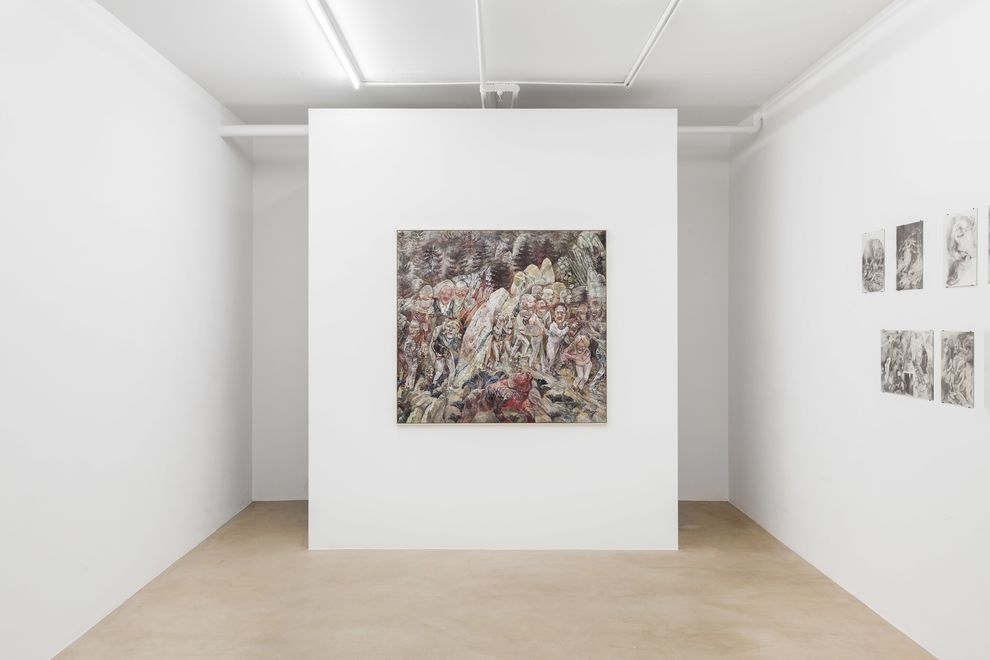 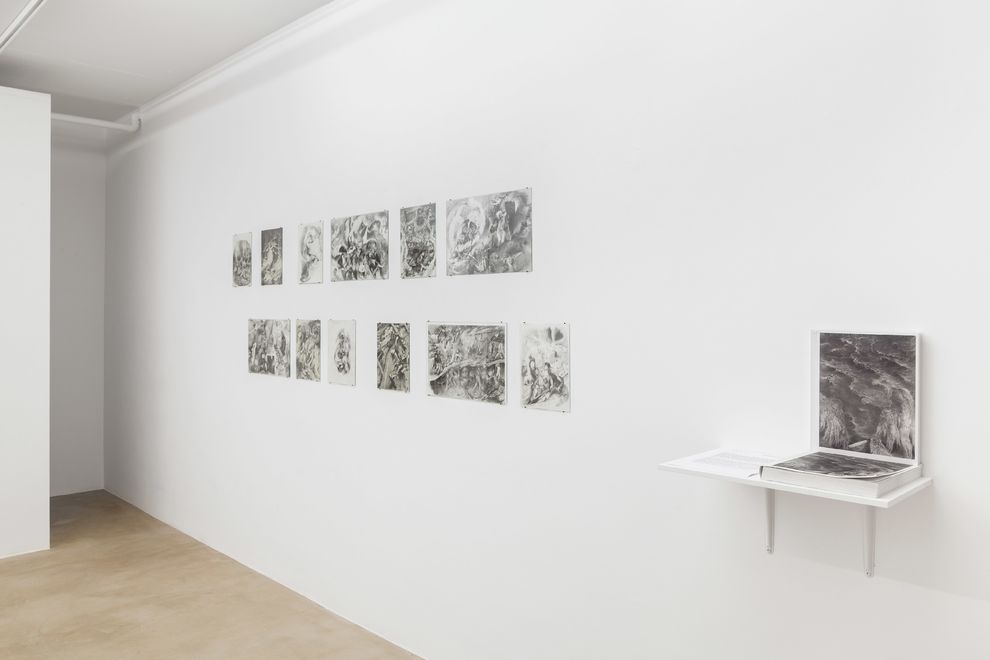 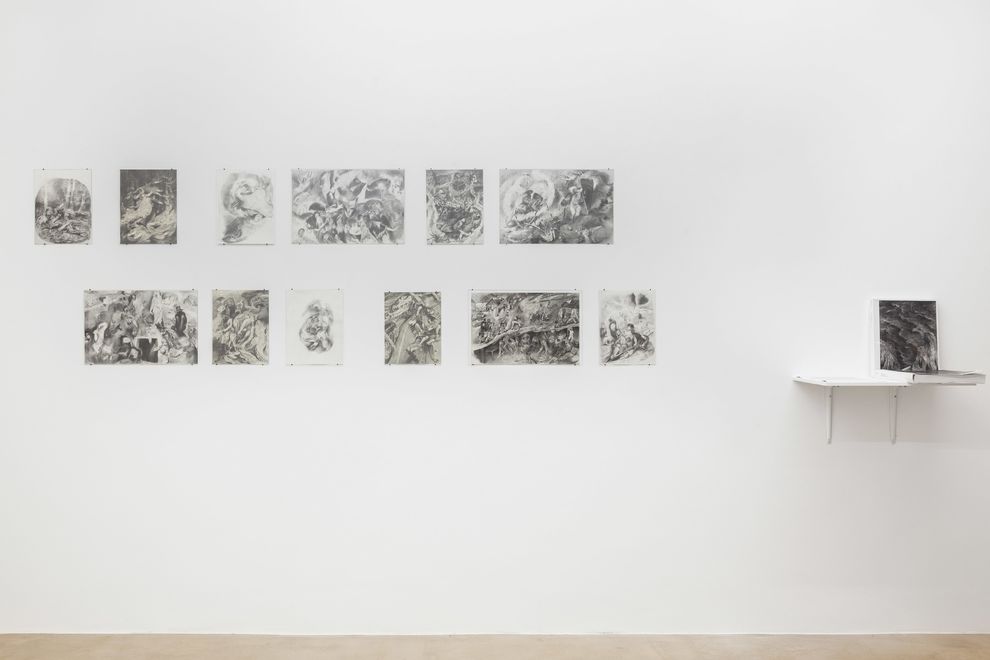 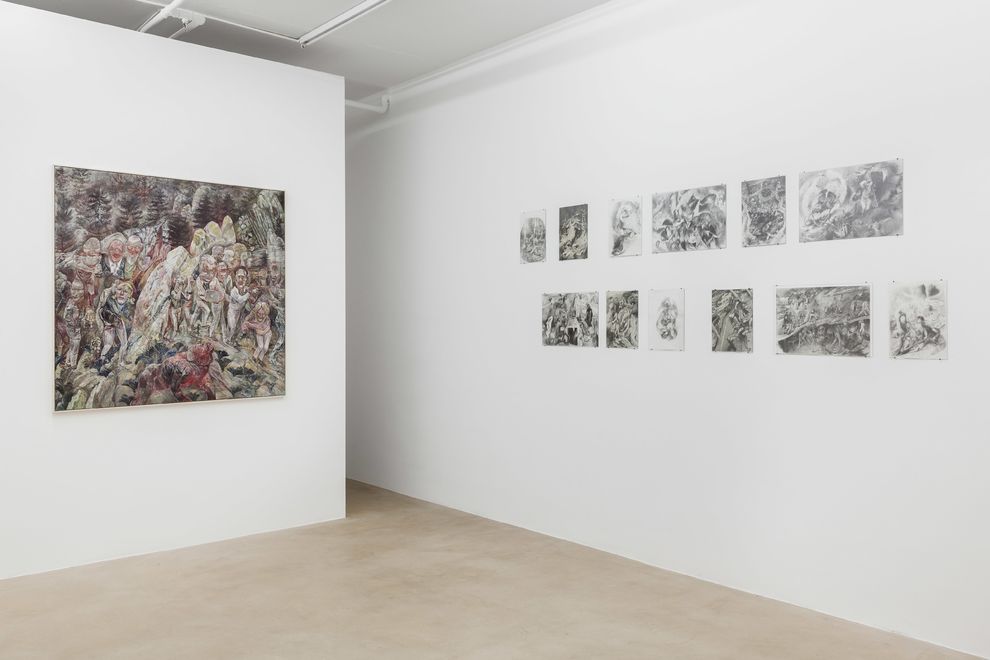 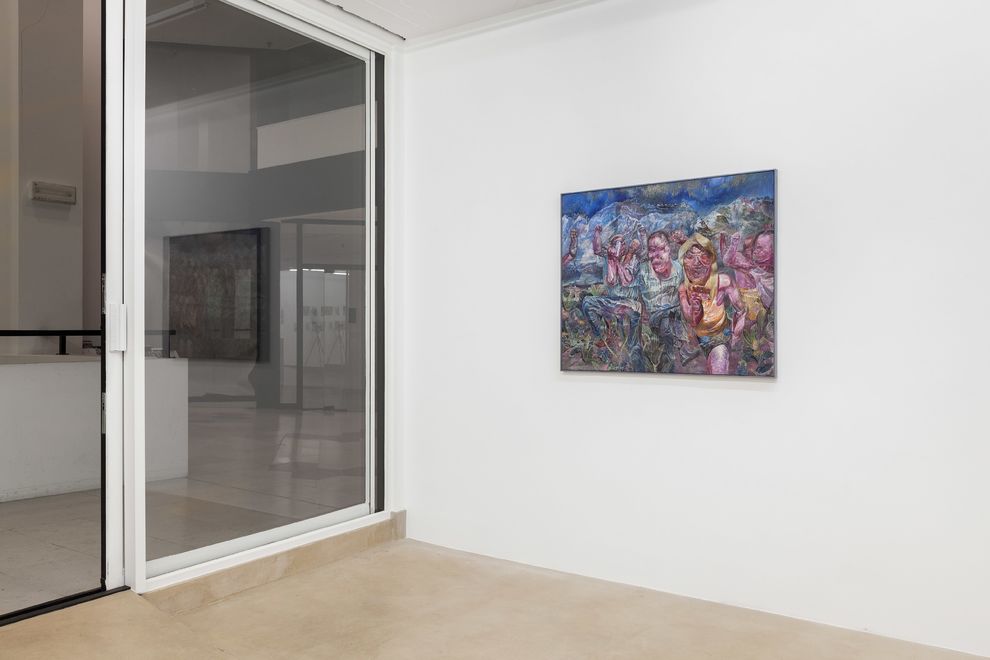 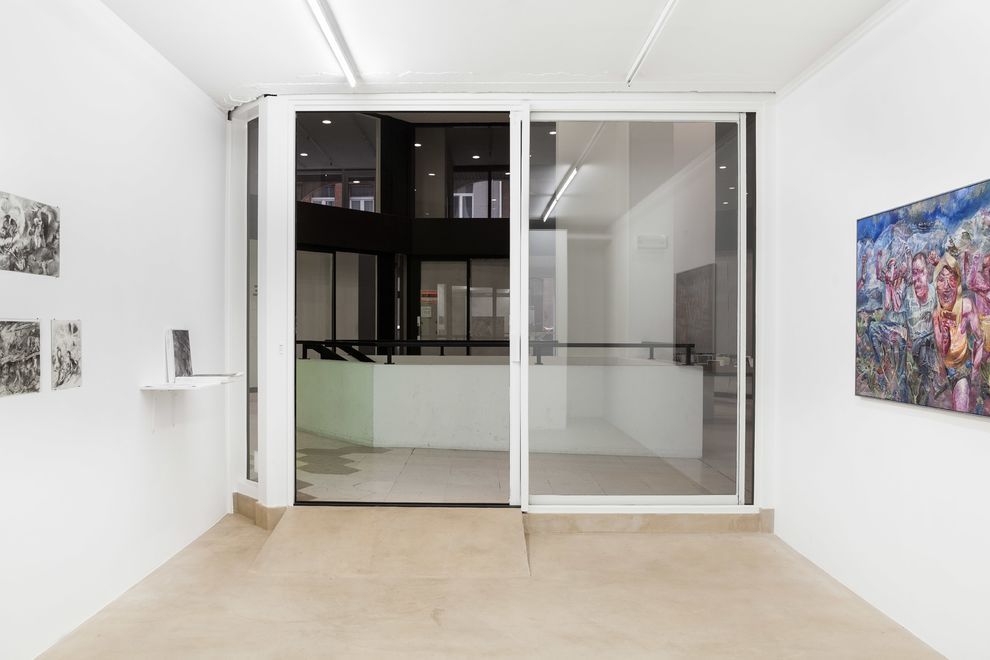 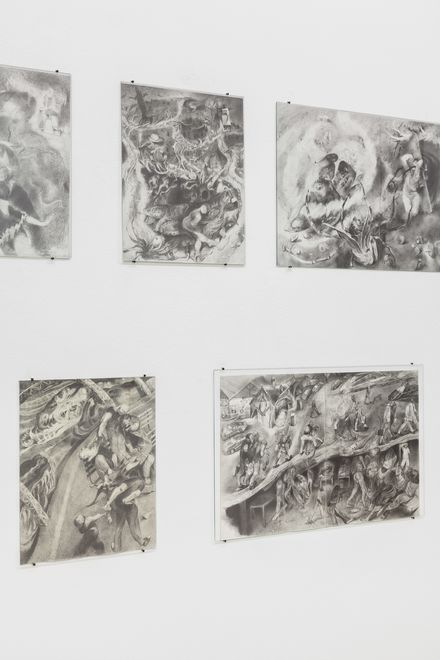 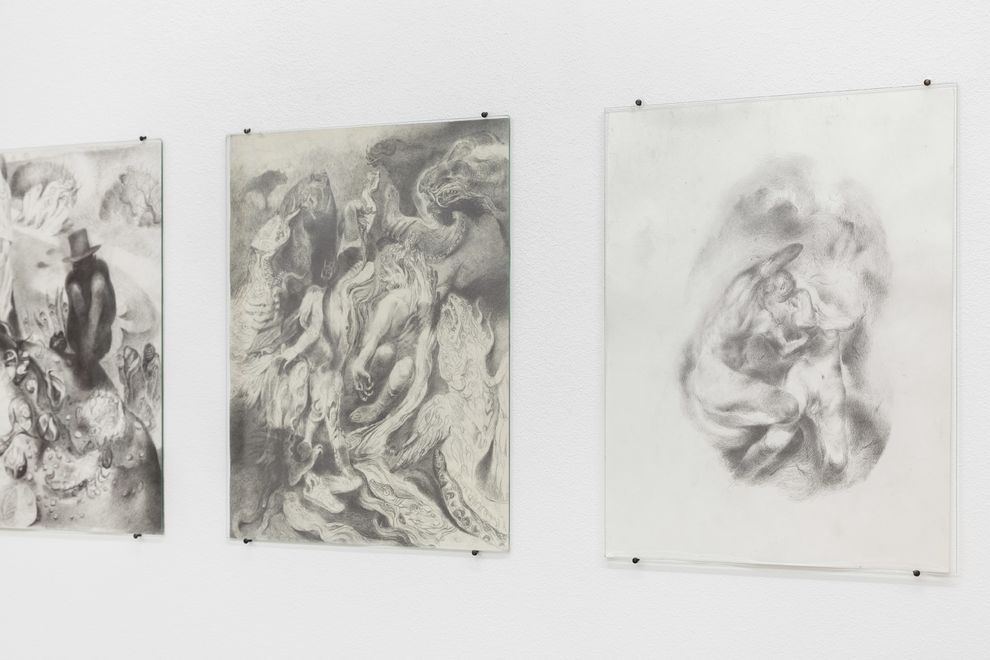 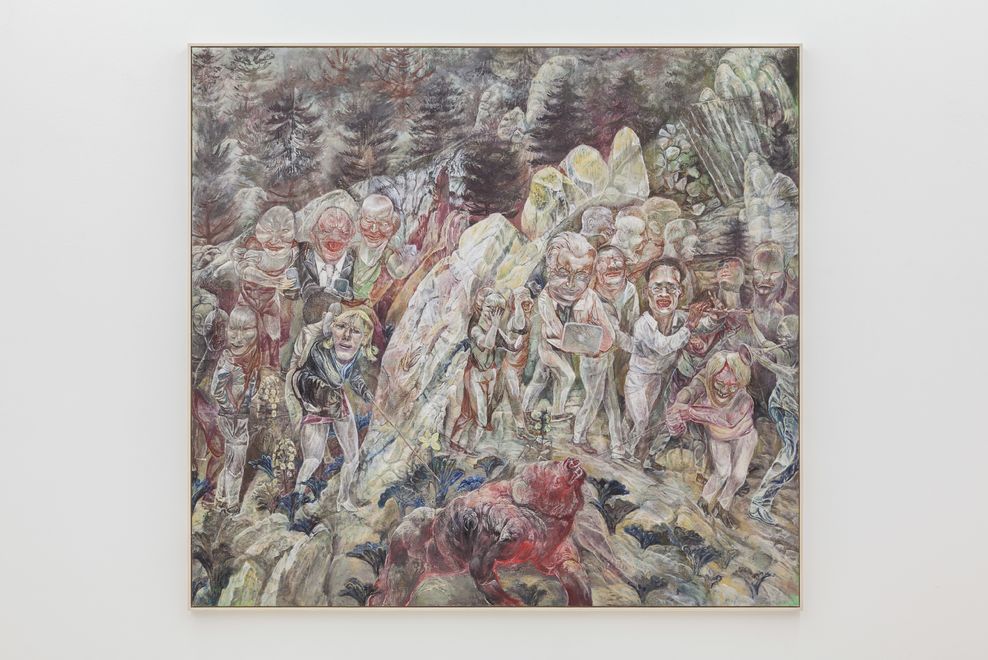 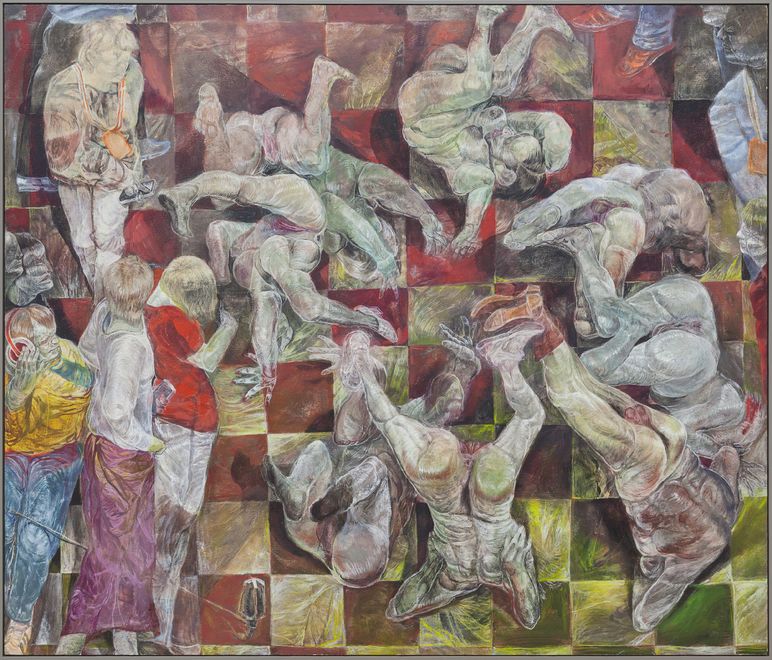 In the parking lots of motorway restaurants, under the many looming skies, he looked for something dark under the stones. Golden roads flow through his hands like golden wine. People are empty glasses, they lie with their ears on the ground like angels and they hear feet scuttling, meaningless noises passing by. Hence they generate ideas. But these images have no meaning. They are merely there to sparkle. To awaken something boyish-adventurous in all of us. In order for something to start growing. A desert remote from hope, in which the sand can be felt drizzling away. Dogged, shiny ants between white dunes transporting something larger: golden beetles. These are ordinary projections in the robbers' cave: No reason to get particularly excited.

Matthias Wyss, excerpt from «Marquee», Text in the publication «Tageslicht», 2014

Matthias Wyss' dense imagery evokes ambiguous narratives about human existence and everyday life. Inspired by the effects of digitalization, his images appear like grotesque snapshots of atmospheres and moments in our collective and personal experience of daily life. Sometimes gloomy, threatening or uncanny, yet full of a vibrant energy, these images manifest condensed, poetic representations of interpersonal and social conflict with hints of social and political critique.

The exhibition combines new work in oil and tempera on wood with drawings from the cycle «Tageslicht» (2011 - 2014), which consists of over 250 pencil drawings. The new, large-scale work on wood operates in the interstice between painting and drawing, with figures inscribed on a strongly textured surface.

Matthias Wyss (*1985) lives and works in Bienne. In 2013 he received the Aeschlimann Corti Prize and the Kiefer Hablitzel Award for his cycle of drawings, «Tageslicht».