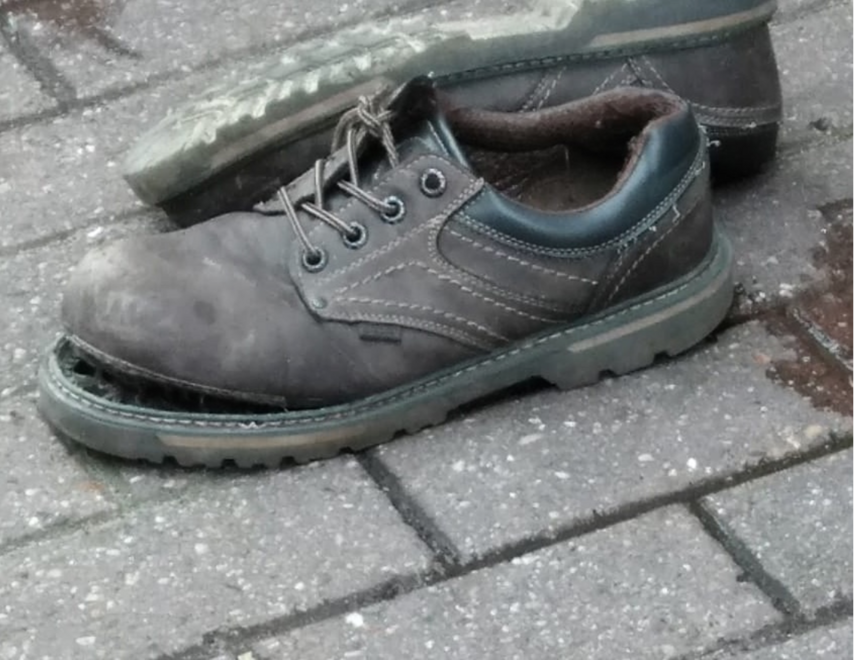 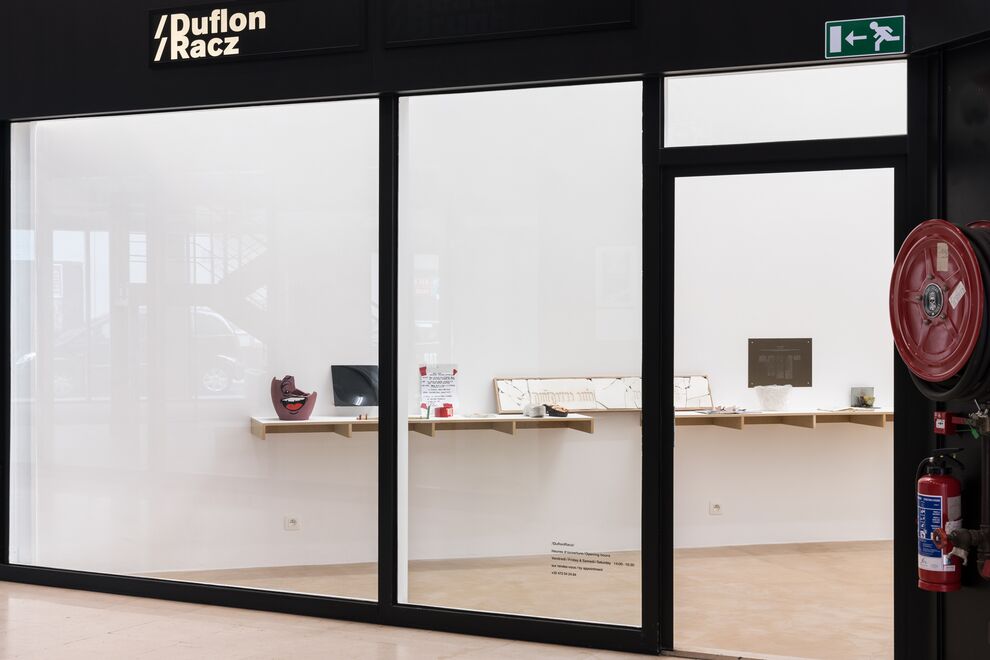 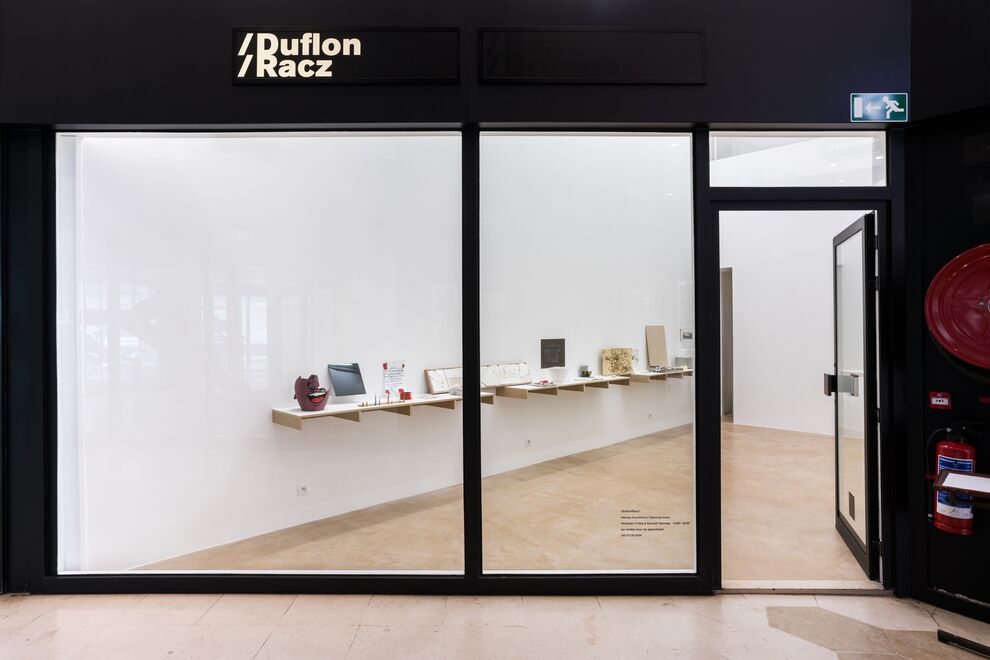 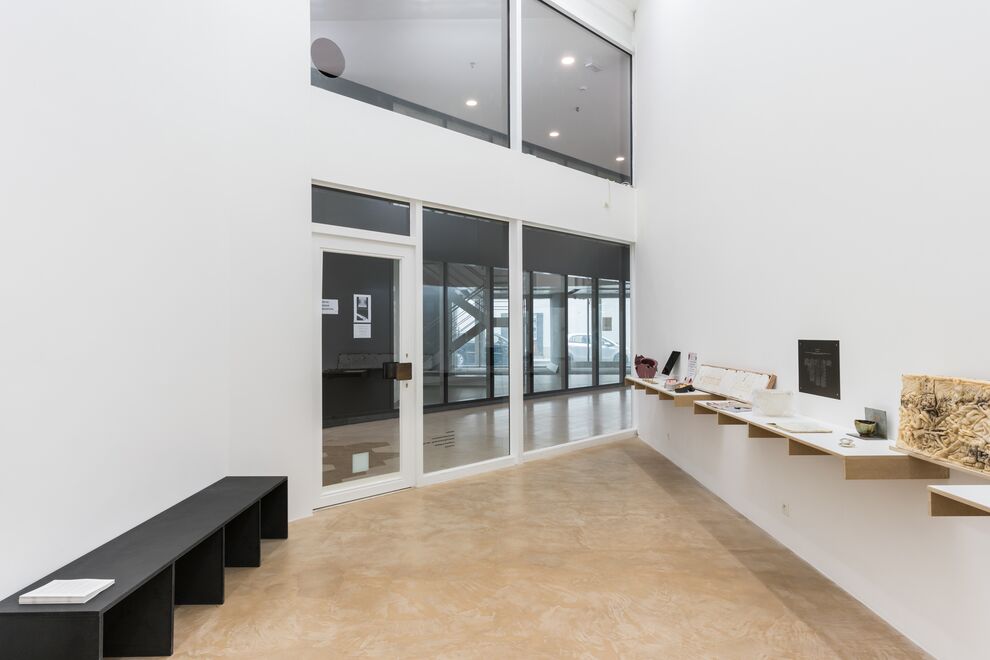 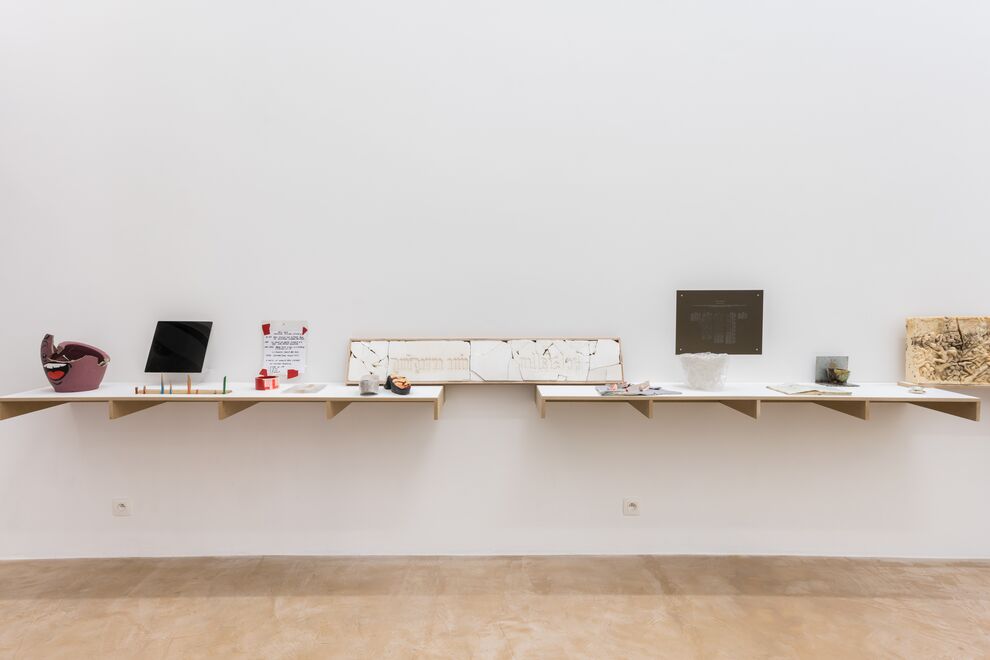 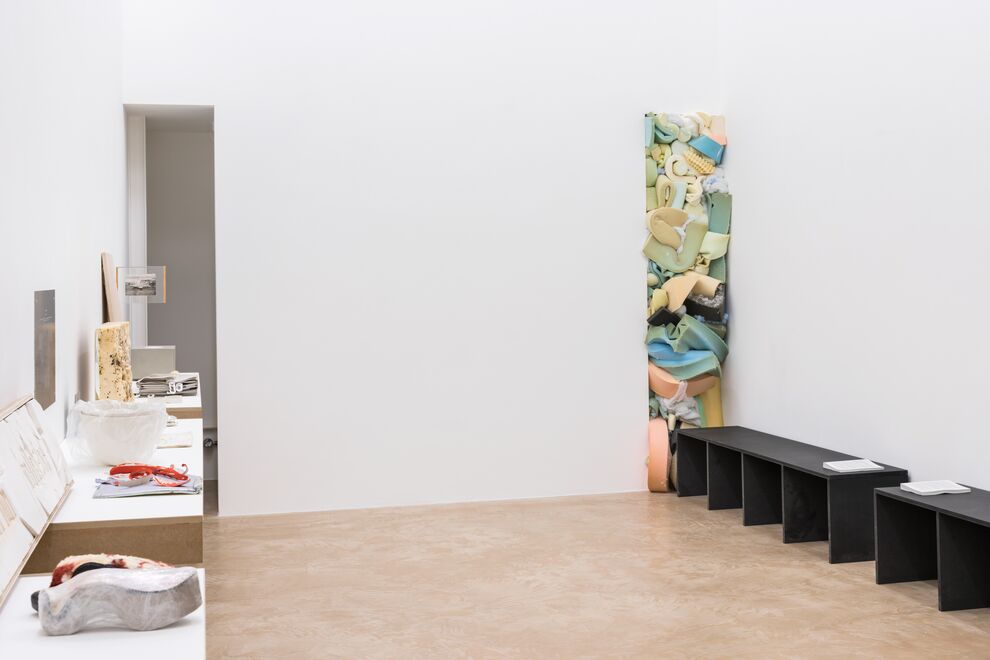 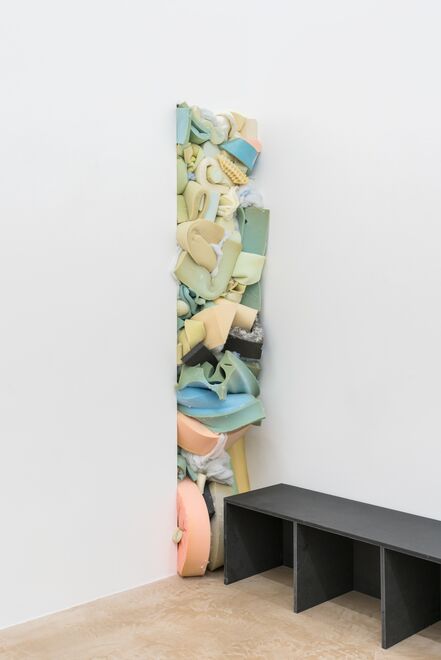 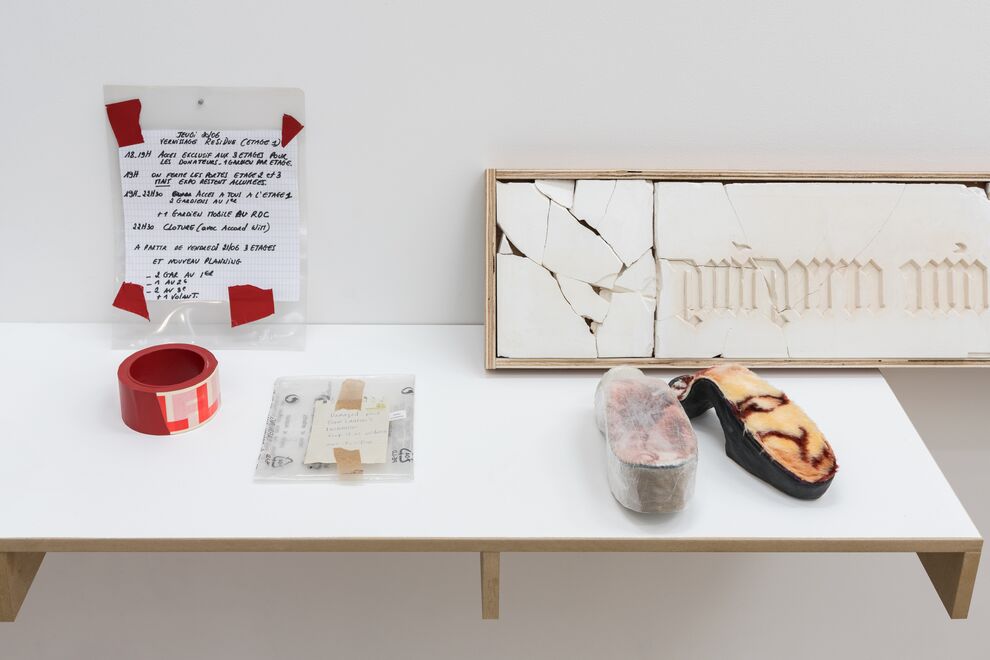 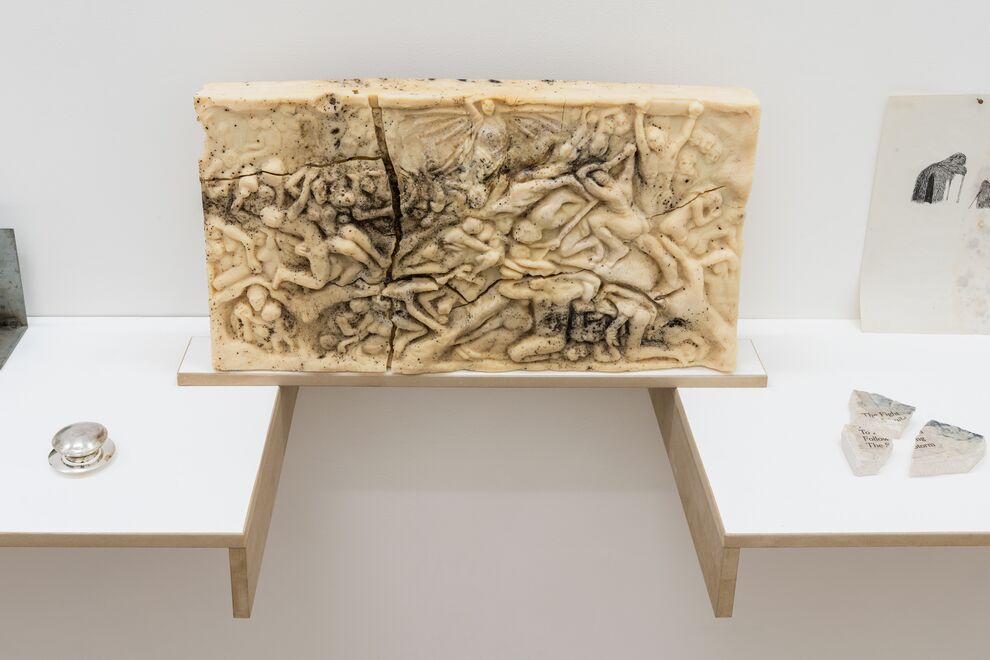 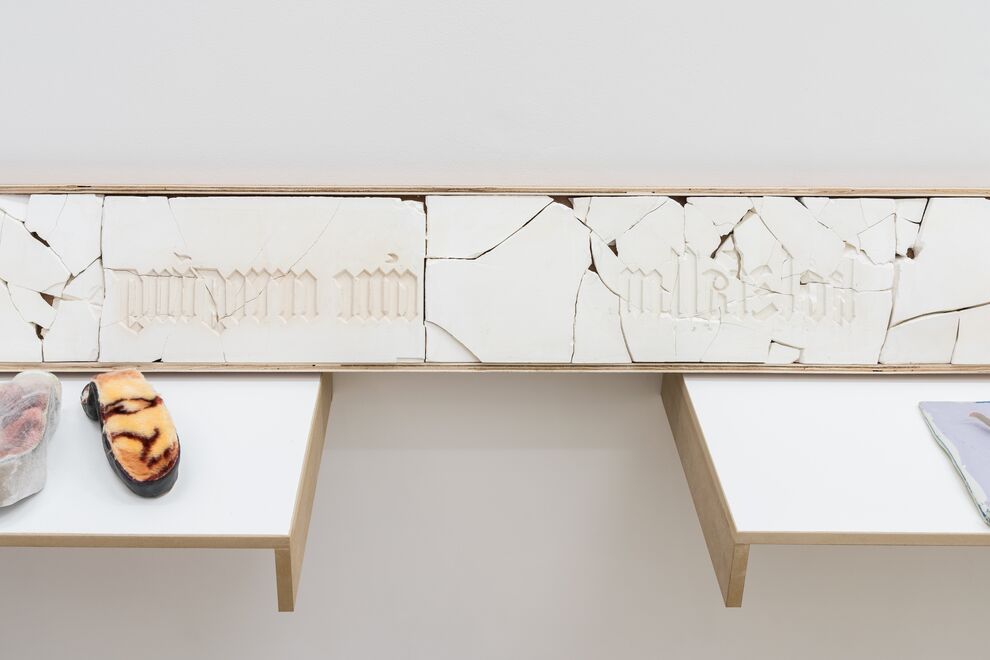 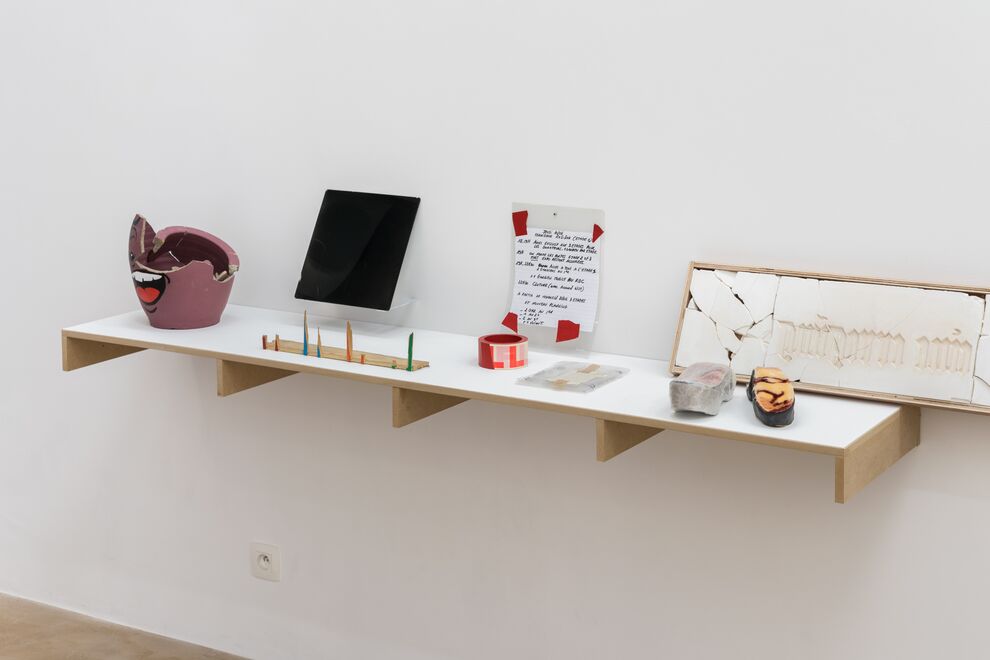 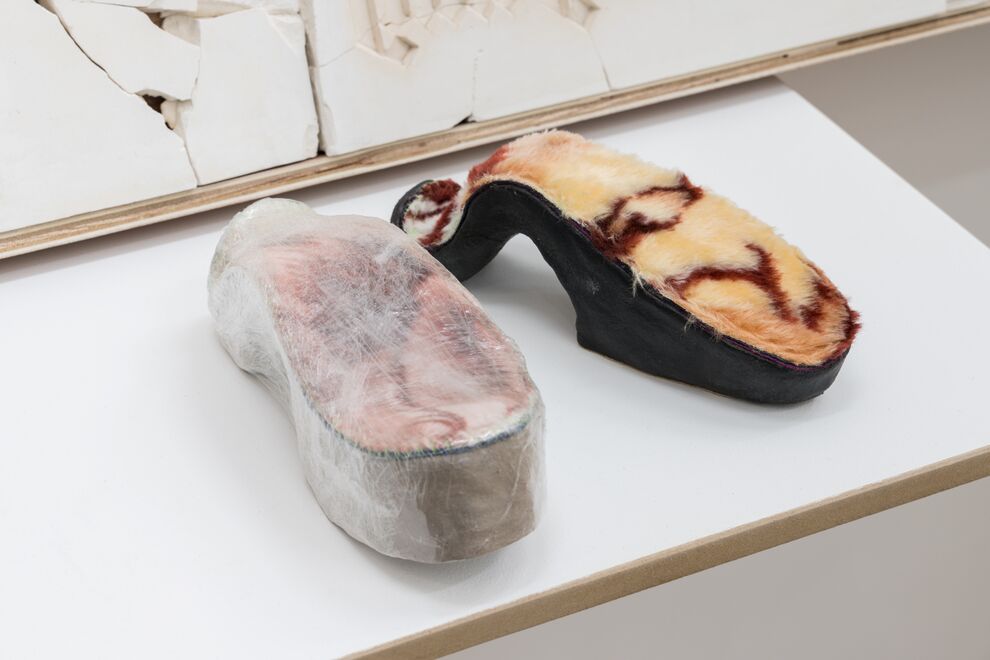 Les Choses d’Ici-Bas is an exhibition of damaged works. They suffered after being completed, exhibited, transported, stored. Actually, it might be their status that is damaged. Various incidents stripped them of their intended order: they became something other than artworks, a follow-up. Some incidents were tougher than others. A few works fell. Others cracked or rotted. Some were vandalized, but some were not even touched. Something always happened.

Les Choses d’Ici-Bas is not so much an occasion to cry for these works as it is one to rejoice, or at least to put a cheeky smile on. To paraphrase Leonard Koren on wabi-sabi aesthetics, we may wear blinders, but everything wears down in the end, even artworks and reputations. Our blinders wear down too. Let’s embrace this subsiding then. For example, we might learn a couple of things about what goes on behind the scenes of each of these works. What is like to be exhibited close to a polluted, busy road? What is it like to be broken by your own maker? What is it like to travel in a dirty van, or eaten by worms? Why did you have to put me in that smelly storage room?

Archives are what we use to keep the intended order of things, among which are artworks. There is something compelling in the activity of archiving, and something even more compelling in the activity of archiving your own things. Imagine the artists of Les Choses d’Ici-Bas striking the damaged artworks from their records, not to mention filling insurance reports or getting angry at vandals. What exactly are they doing there?

Recently, the Guggenheim collection in New York got us thinking. They “decommissioned” some of their artworks. Destroyed, removed from the physical or paper archive, they are no longer artworks. They used to be pieces by Donald Judd, made of--and sold as--mere instructions for fabrication of sculptures. They created such tangled legal impasse: a true fight between owners and the artist caused by unsatisfactory realizations and short tempers. The Guggenheim collection would rather make them disappear than deal with such a mess. These decommissioned works would definitely fit Les Choses d’Ici-Bas now.

There is a philosophical theory according to which artworks are all the things with some aboutness. Artworks are about something. Conversely, all the non-artworks are all the things that are not about anything. Les Choses d’Ici-Bas is a counterexample. The exhibition greatly harms this theory: many works in the show are no longer artworks, yet they are about many things. They have lots of aboutness after all, lots of stories. It is possible we have to trash this theory of aboutness, or at least ask a few questions about it.

Imagine a room full of hammers that are not hammers. How would they look? How would the room look? One can get an idea by strolling around the gallery DuflonRacz in the exhibition Les Choses d’Ici-Bas, except there is no hammer on view. For the philosophers out there, thought experiments like this with the hammers are intuition- pumps, and so should be the things of Les Choses d’Ici-Bas.