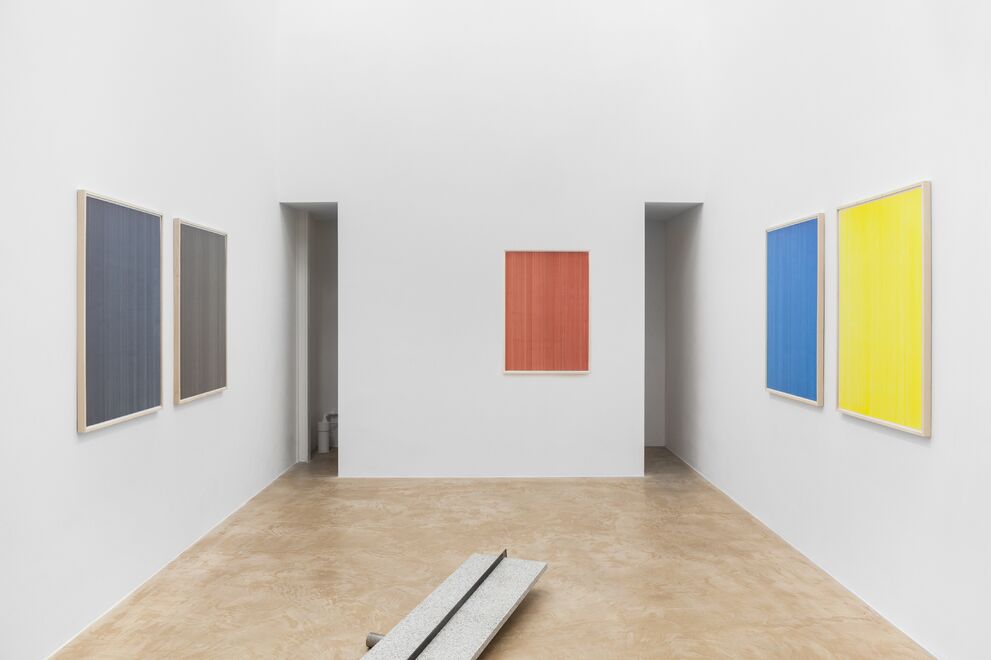 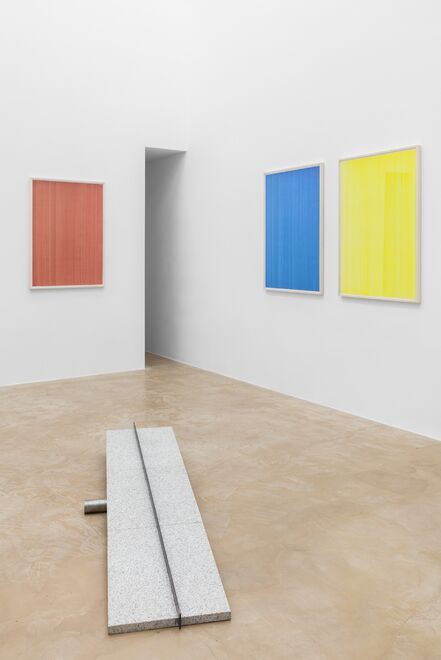 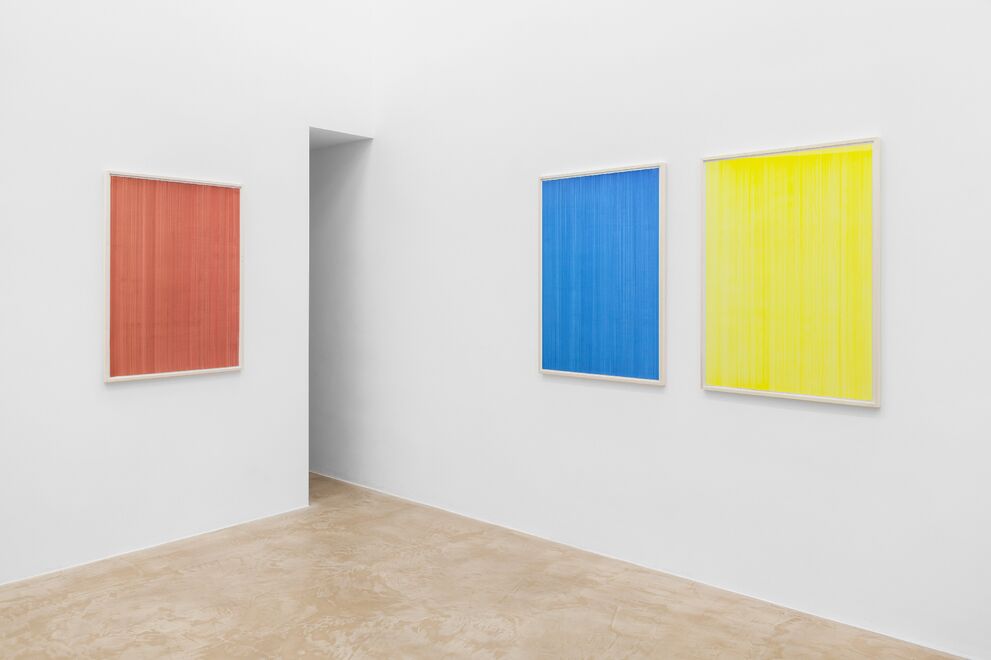 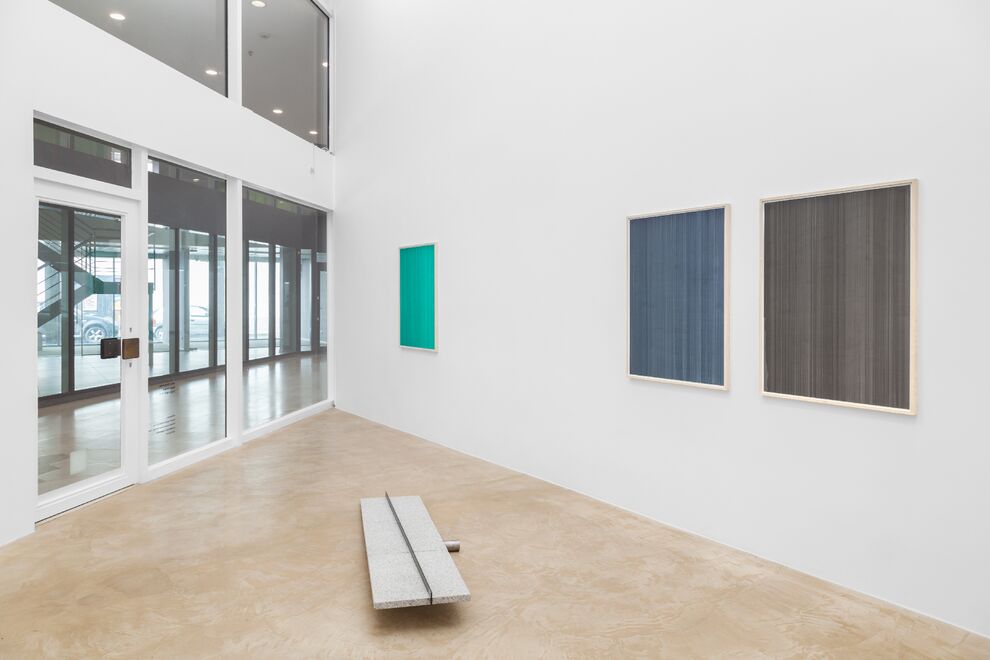 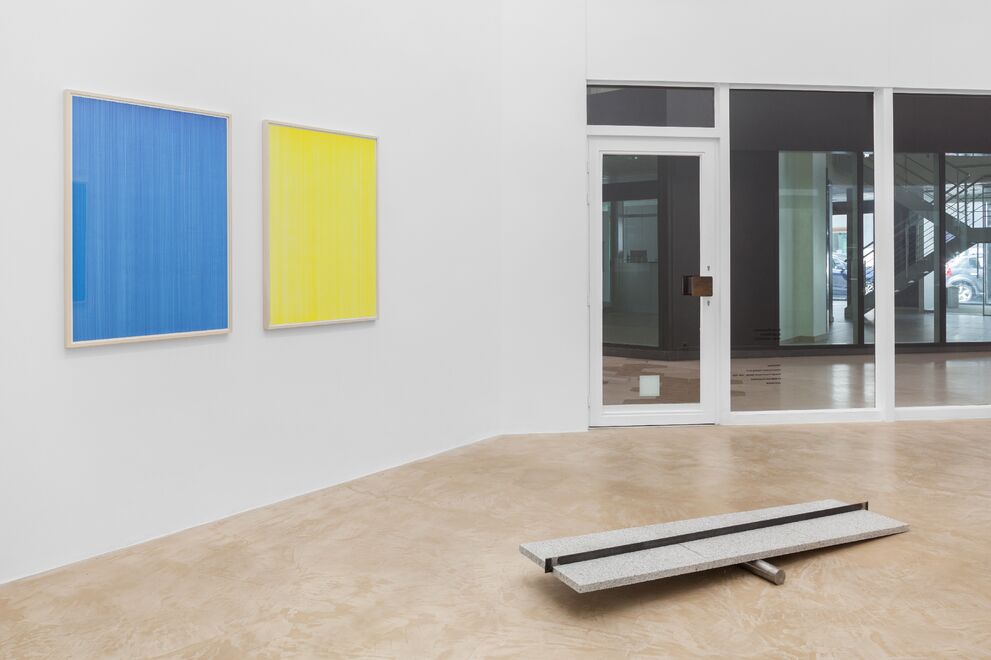 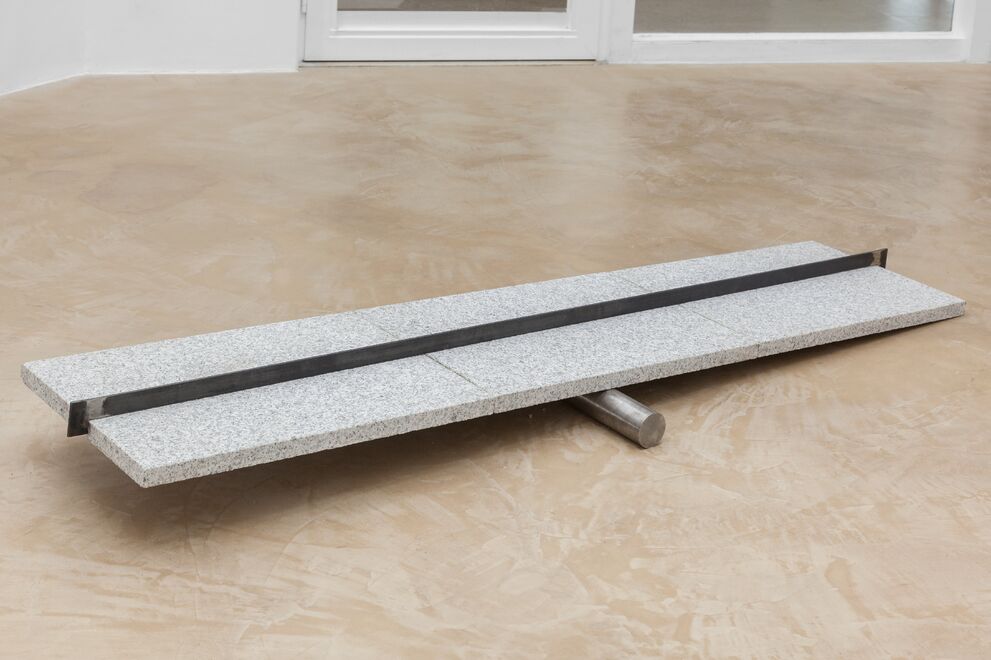 The drawings were made manually using felt pens. Their format corresponds to the maximum range permitted by the artist’s arm while maintaining a fluid gesture. The surface is covered by a succession of 700 parallel lines drawn every millimetre using a ruler. This repetition generates nuances and errors, thus giving the work a quality of vibration.

On the ground in the centre of the space is a granite sculpture that attempts to defy the laws of gravity. The object is an assemblage of three stones of the same size, forming a rocker. The metal bar that holds the stones is tensioned by their weight, thus keeping the granite in suspension.

Simon Deppierraz was born in Switzerland in 1984. He lives and works in Lausanne. In 2008 he completed his BA in Visual Arts at Ecal, Lausanne, before participating in the European Art Ensemble (Master Ecal) in 2010. In 2019 he was awarded a residency in Brussels at the Fondation Boghossian, in 2014 -15 a residency at Gênes, Conférence des Villes en matière culturelle, in 2009 a residency at ZQM in Berlin. Recipient of a grant by the Foundation Art-en-jeu in 2016 and the Prix de la Fondation Irène Reymond in 2013. Simon Deppierraz has widely exhibited in various institutions and public spaces in Switzerland, Germany, Britain, Georgia, Kirghizstan and Mexico. His work is also included in several private and public collections, including the Fondation Saphir, Yverdon, the Musée Jenisch, Vevey, the Fonds des arts plastique de la Ville de Lausanne and the Canton of Zurich art collection.