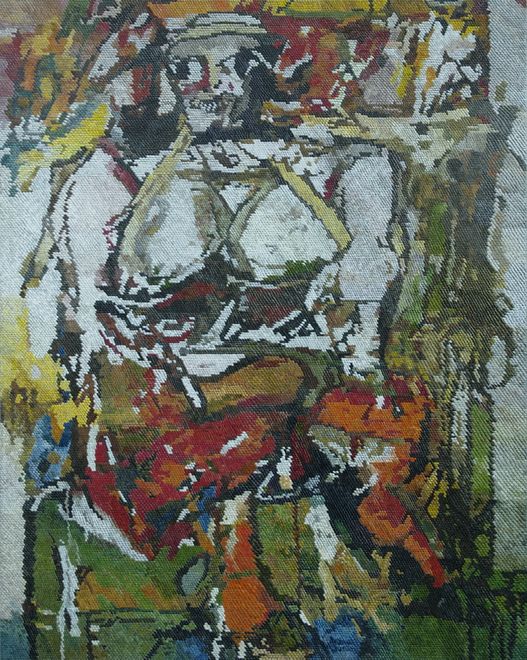 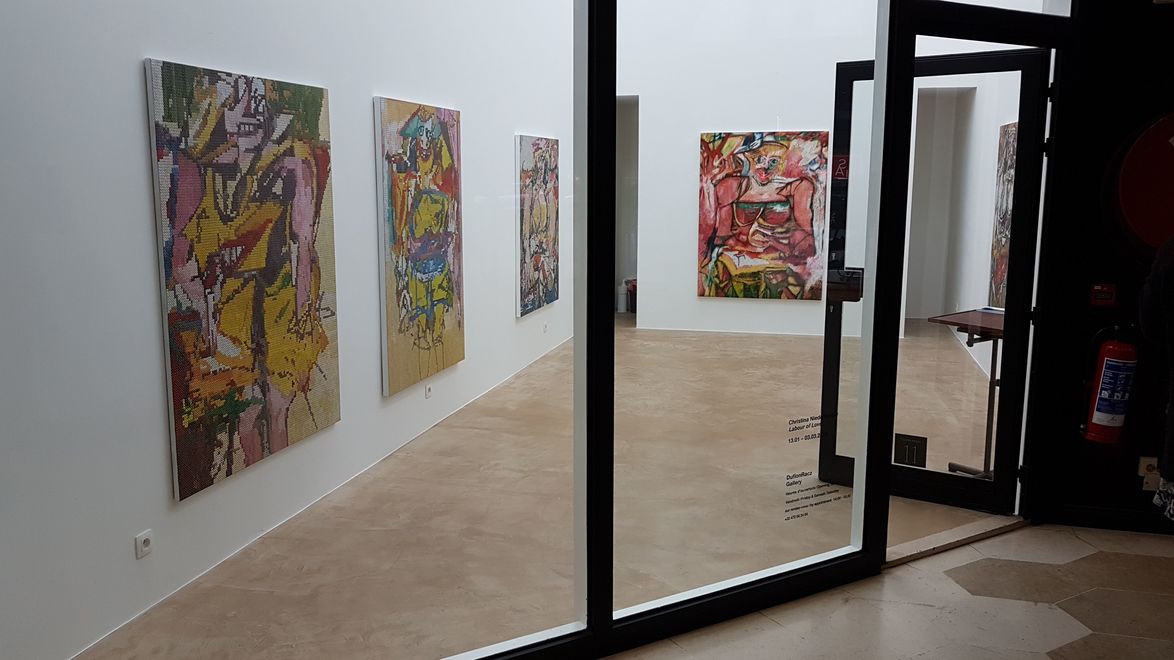 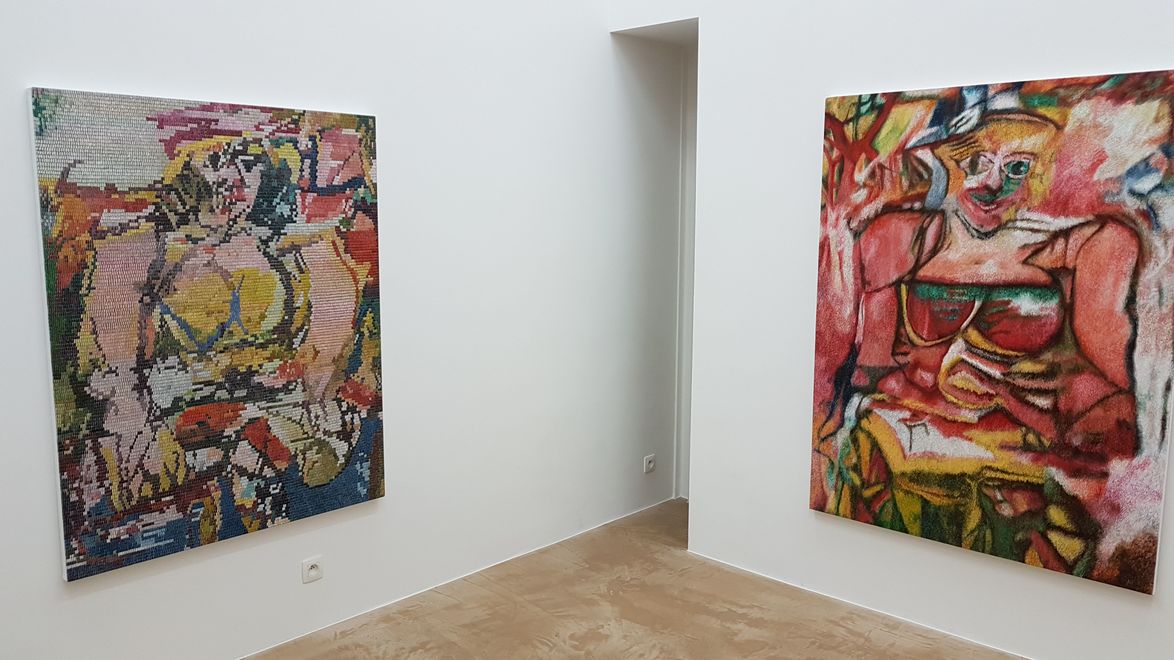 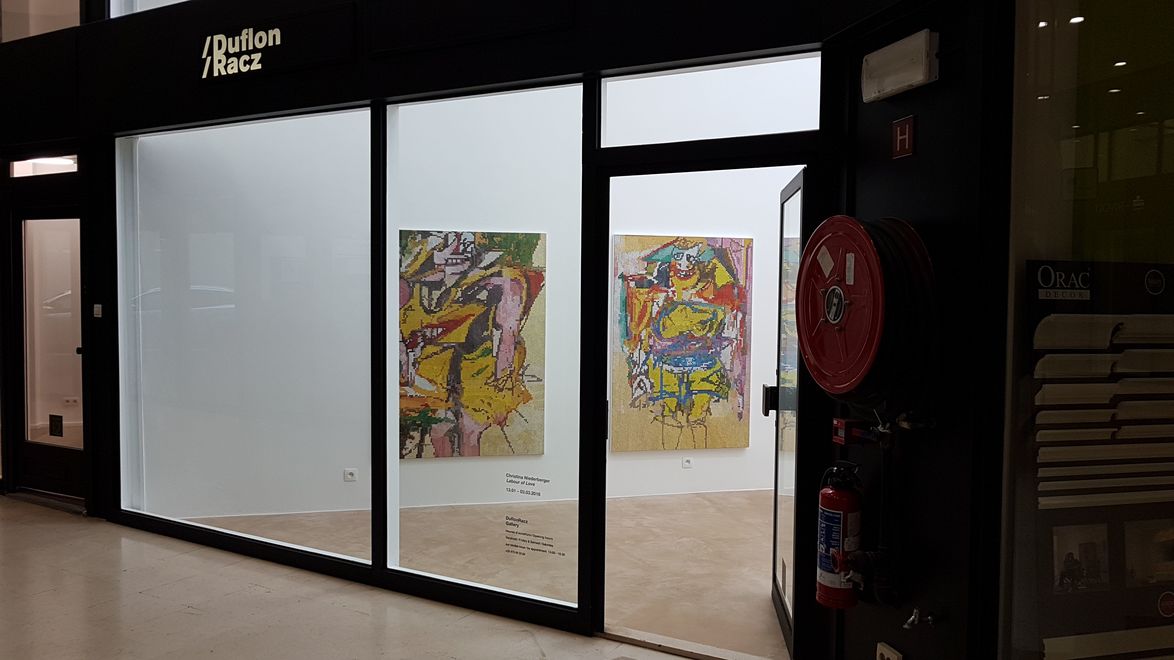 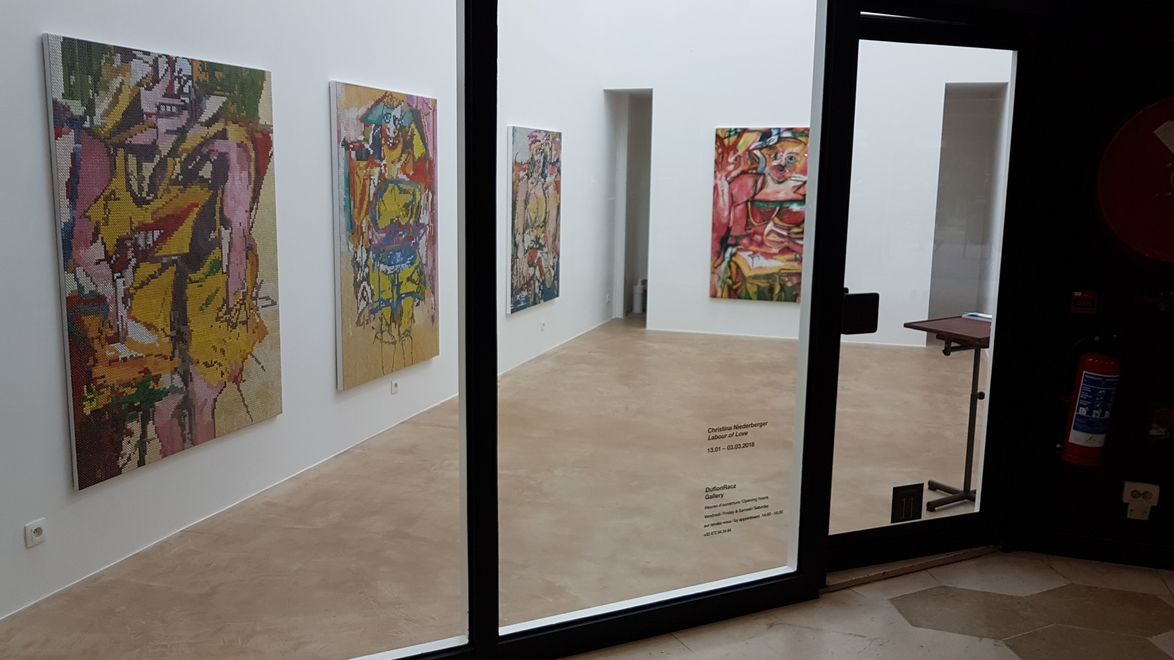 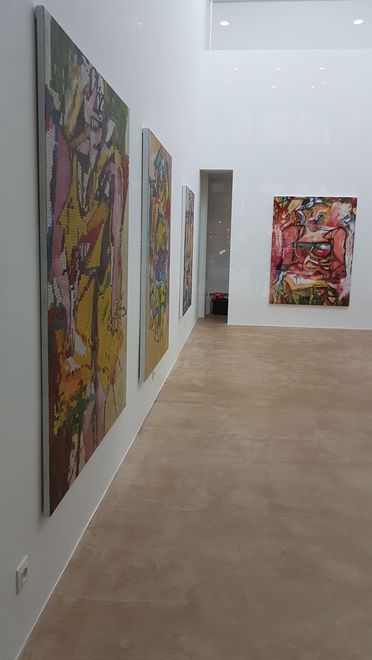 Duflon & Racz is proud to present the first solo show of Christina Niederberger’s work in their premises in Brussels.

In her artistic practice Christina Niederberger explores how the language of painting has been framed by its cultural conditions and the historical legacy of painting in general. With a particular focus on the formal vocabulary of modernist painting, Niederberger examines where these contexts leave painting today and how their renewed examination offers possibilities for a contemporary practice. She approaches her ideas of ‘recycling’ established styles of the past with a painting practice that deals with a mimetic assimilation and re-interpretation of characteristic stylistic devices which are re-presented in a manner that deliberately goes against the prevalent ideology of their time, resulting in paintings which simultaneously assert and undermine the essence of Modernism.

Labour of Love showcases her most recent works which focus on de Kooning’s Woman paintings of the 50’s. In Niederberger’s paintings de Kooning’s (masculine) expressionistic brush strokes with which he worked and re-worked his archetypical female portraits are ‘tamed’ with an illusionistic mark making which mimics embroidery and as such alludes to feminine materials and craft. But rather than being post-modern appropriations that dwell on irony, her opulent and very laborious renderings of de Kooning’s women aim at heightening their presence. There is something strangely revealing in Niederberger’s painterly translations of de Kooning’s paintings as they remain the iconic images we know and yet appear unfamiliar. Making us look at de Kooning’s works afresh they become both a celebration of formulistic masculinity and a comment on gender politics.

Christina Niederberger, born in Switzerland, lives and works in London. She graduated from Goldsmiths College, University of London in 2002 and has been awarded a practice-based PhD in 2009. Her work is regularly shown in the UK and abroad in commercial galleries and renowned institutions such as the Kunsthalle Bern, Centre Pasqu’Art Biel and Villa Grisebach, Berlin. Her paintings are included in many private and public collections, including the British Government Art Collection, the Museum für Medien und Kommunikation Bern, Inselspital Bern, Goldsmiths’ Art Collection and Collection Hoffmann-La-Roche. She received a prestigious award from the British Government Arts and Humanities Research Council/Board and in 2013 her work was shortlisted for 100 Painters of Tomorrow by Beers, London.