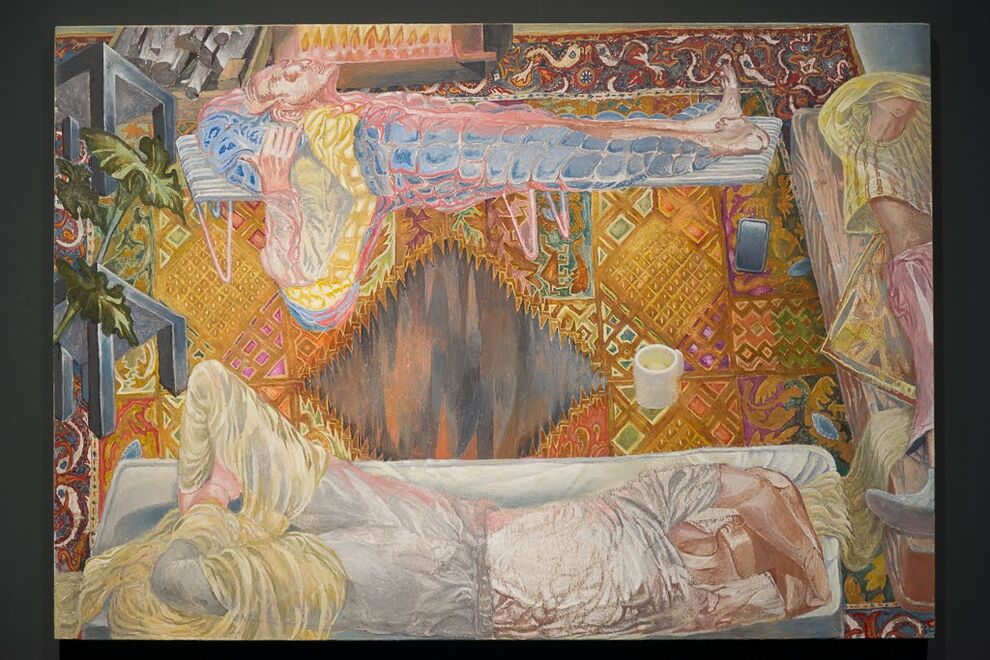 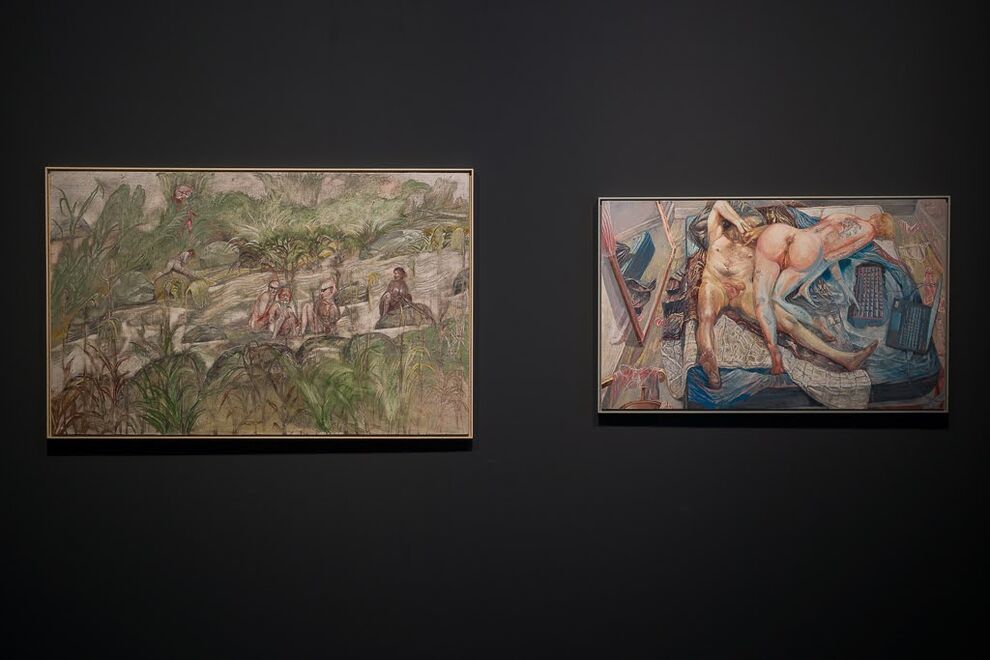 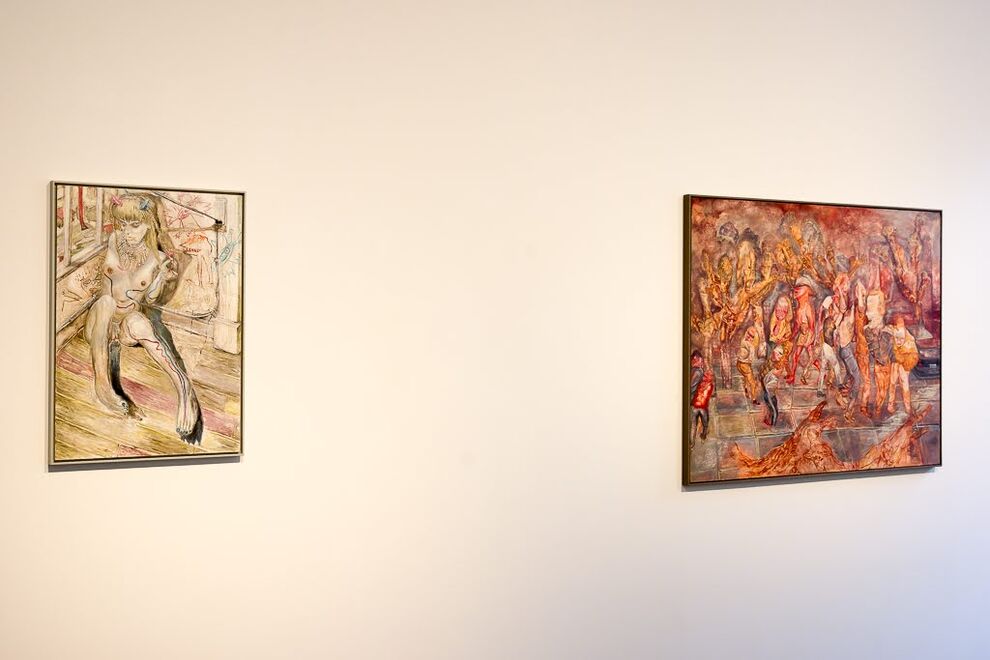 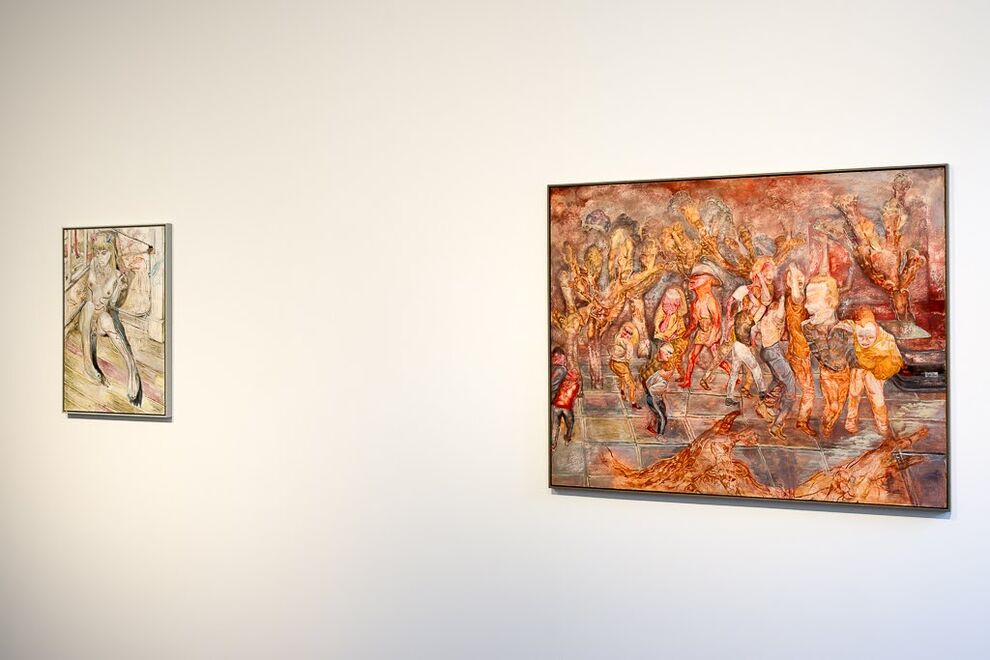 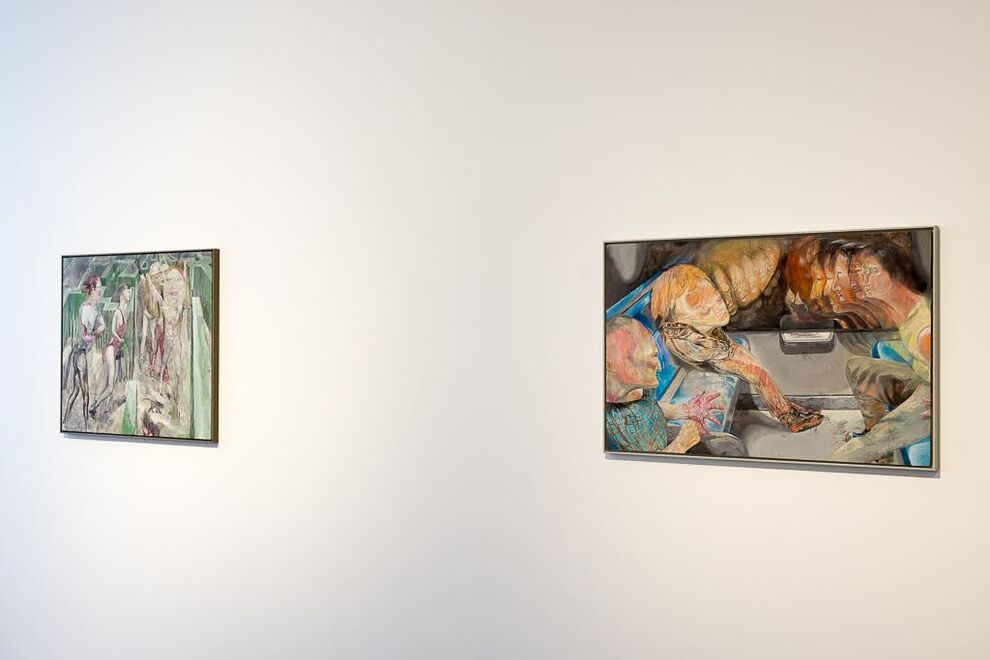 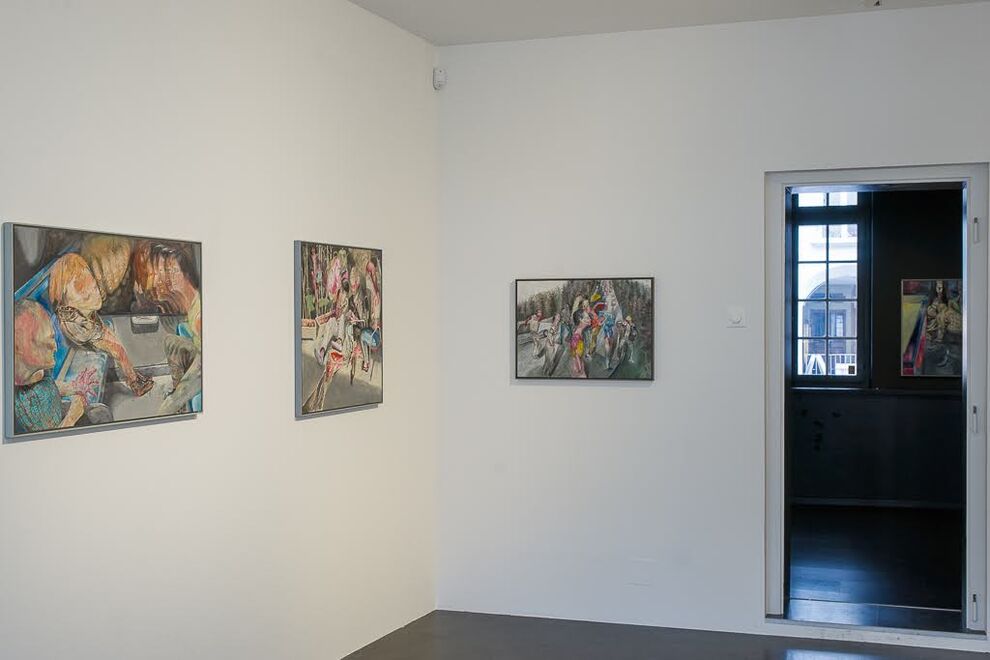 Matthias Wyss (*1985) paints complex images that evoke ambiguous narratives about human existence. Inspired by the effects of digitalization, his paintings appear like grotesque snapshots of atmospheres and moments in our collective and personal experience of daily life. His recent works use mirrors, doubles, absences and vibrant colour to suggest the complex inner lives of his subjects, while also showing intimate and explicit details of naked human bodies and everyday objects, implying a relationship between the surface of the image and the possible depths of our perception. The exhibition will bring together a range of recent paintings in tempera on wood.

Matthias Wyss (*1985) currently lives and works in Berlin. His work has been shown at Swiss Art Awards and Drawing Now Art Fair Paris among others; he has had institutional solo shows at Stadtgalerie Bern, at Kunsthaus Aarau / Caravan (2014) and most recently at Kunstmuseum Solothurn (2020). In 2017 he was awarded a residency in Brussels, Belgium by the city of Biel / Bienne where he lived and worked for many years. In 2013 he received the Aeschlimann Corti Prize and the Kiefer Hablitzel Award for his cycle of drawings, «Tageslicht».